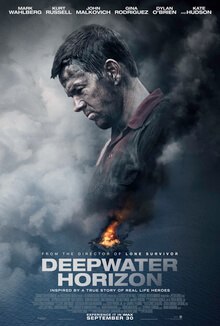 My job is sports.  When I’m not doing my job, it’s nice to get away by consuming pop culture that is not sports.  Lately, I’ve been disappointed more times than not.

I understand that it’s difficult to discover original ideas.  Almost everything has already been done in some form or fashion.  We should be able to take something that’s been done before, and creatively tweak it to make something new.  However, it’s starting to get out of hand.

First, it was the sequel 10-20 years after the fact.  Dumb and Dumber, Zoolander and Anchorman were all fine as is, they didn’t need another worse version of the same story.  Those are bad, but they’re not the worst.

An American Werewolf in London was a fantastic horror/comedy, a one of a kind idea that gave people something they’d never seen before.  They’re remaking the movie and it will not be able to recapture that same feeling.  Top Gun is the most 80s movie EVER, yet they think it’ll work again?  Give me a break.  The same applies to WarGames.  And why do they think we need another Scarface?  Pacino was the perfect Miami drug lord.

Using member-berries is an uncreative way to make as much money as possible and I hate it.

Instead of rebooting a movie, TV executives are taking it one step farther, two steps too far.  There are so many examples that I don’t know what is worse.  Limitless, Rush Hour, Lethal Weapon are probably the worst, but the most disgraceful is Mike Epps as a black Uncle Buck.  John Candy created magic with John Hughes in 1989.  ABC tried to shove the new series down our throats, but luckily nobody bit, and it’s already been canceled.

Executives may think that creating a new version will get parents to share the nostalgia with their children, but they’re wrong.  The best way to share that nostalgia is to watch the movie, not a cheap TV show.

Nothing is more despicable than creating a movie “based on true events” where they turn fact into fiction.  It’s not something that’s new, they’re just getting much, much lazier.

The best sports movies ever made are “based on a true story” — Remember the Titans, Friday Night Lights, Hoosiers, Rudy, etc.  All are based on inspiring events, with some liberties taken, but they stick to the heart of the story, adding some drama for entertainment purposes.  That is acceptable and enjoyable.

In recent years, films are used to make complex events easier to digest for the masses.

Most remember where they were when President Obama announced Osama bin Laden had been killed.  Zero Dark Thirty helped explain the long process.  Most Americans were affected by the 2007 financial crisis, the greatest economic crisis since the Great Depression, but few knew exactly what happened and why.  The Big Short explained it simply and added humor to help us understand.  Edward Snowden has been a big name in the news, but I don’t think many will truly understand why until they see Joseph Gordon-Levitt portray him in the upcoming film Snowden.

Unfortunately, shit is getting out of hand.

Michael Bay, the same guy who created a series of robot exploding blockbusters, made a movie about Benghazi.  When 60 Minutes, the most reputable TV news magazine in the world, tried to deliver the truth behind the divisive story, Lara Logan was suspended for not properly vetting sources.  Do you think Michael Bay could figure out what happened in Benghazi when 60 Minutes couldn’t?  Give me a break.

Deep Water Horizon could potentially be worse, inserting Mark Wahlberg as a hero while his loving wife Kate Hudson prays for his safety on shore.  Instead of showing the world the terrible consequences of the worst manmade ecological disaster in this century, movie executives are romanticizing the oil spill.

These movies are egregiously selling falsehoods to the public, misinforming an audience that already can’t tell the difference between real and fake news on Facebook.

At least there’s Netflix.  If entertainment executives want some good ideas, they should follow the footsteps of Netflix.

Instead of remaking E.T., Stranger Things captivated audiences with sci-fi nostalgia from the era to tell a new story.  It was the most talked about series of the summer because it invoked familiar emotions with a compelling story and interesting characters.

Maybe things will change, but for now all I can do is hope for the best and expect the worst…or stick to Netflix.