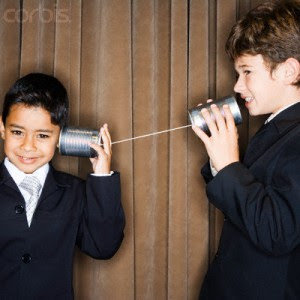 Hey there. Looking good. Did you get that tattoo in prison? Yes, it looks just like Bart Simpson riding a surfboard. You sure were in jail for a long time.

As this site itself consistently lends living proof, nothing is more true than the fact that when little is presenting itself in the University of Kentucky sportsfan’s world, said sportsfan’s mind will run wild and rampant believing any rumor which comes down the pike. For instance, just last week we all heard a rumor that Coach Cal is going to go coach in the NBA. And then he said he was totally happy here. And you guys were worried. It’s that kind of out-of-control rumor mill that makes us all crazy.

That said, Need-to-Know Wednesday is here to cast light on a few of the currently circulating rumors around the UK camp and waste at least ten minutes of your time. Here, then, is a little Rumor Control from your friends here at KSR and NTKW.

RUMOR: Terrence Jones is rethinking his early commitments to the University of Washington.
STATUS: Unconfirmed.
WHY IT IS/ISN”T TRUE: Though rumblings indicate that Jones may have jumped the gun early and is reconsidering a switch back to a UK commitment, the young player is keeping his decision to himself, and we should know something soon.

RUMOR: Cal to leave the college scene, coach in the NBA
STATUS: Untrue.
WHY IT ISN’T TRUE: When UK coaches say they are not going to leave Kentucky to go coach in the NBA, they mean it and we should believe them. Wait.

RUMOR: John Wall to be a wizard.
STATUS: Untrue.
WHY IT ISN’T TRUE: Wizards do not actually exist. They are fictional. I can’t believe the newspapers are all reporting this. That’s just bad journalism.

RUMOR: Tennessee coach Bruce Pearl has both man-parts and lady-parts.
STATUS: Untrue.
WHY IT ISN”T TRUE: This rumor was falsified by Pearl’s ex-wife as well as by various women who have gone on dates with Pearl, medical professionals who have inspected Pearl, female University of Tennessee students who ride on boats or attend golf scrambles and, at least once, an older lady who works the night shift at a 24-hour Knoxville Food Lion.

RUMOR: BTI currently dating Jennifer Aniston.
STATUS: Unconfirmed.
WHY IT IS/ISN’T TRUE: While we have no evidence this is true, it would hardly surprise us as Bryan the Intern has been of late romantically linked to many starlets, including Aniston, Kate Hudson, Gossip Girl’s Blake Lively, Susan Boyle, Susan Powter, Susan Lucci, one of those women from the plus-size bra commercial and that cartoon girl from the E-surance commercials.

RUMOR: Matt Jones’ September 19, 2007 News and Views syncs perfectly to Pink Floyd’s Dark Side of the Moon.
STATUS: True. And it will blow your mind, man.