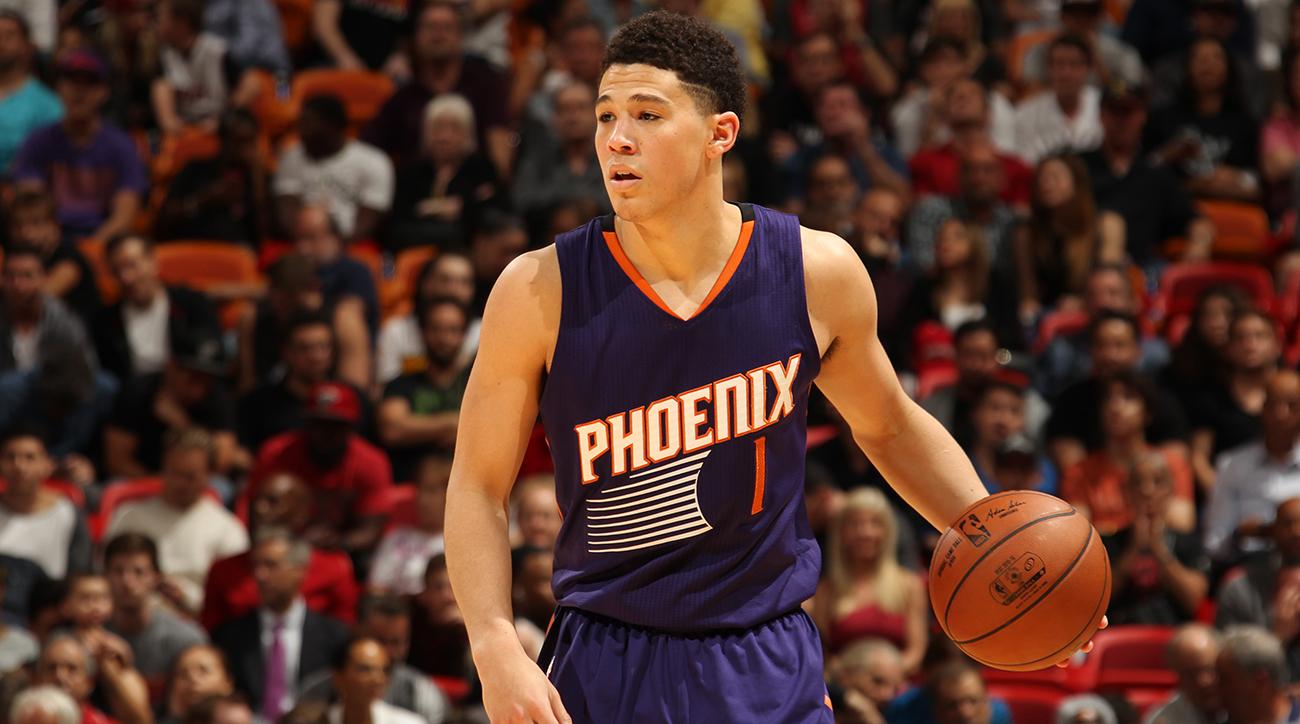 Prior to the Suns’ Monday game in Washington, Devin Booker sat down with Andrew Sharp of SI.com for a quick pregame Q&A session about his sophomore season in the league and how his team is beginning to come together.

The interview also included a question about his relationship with his fellow Wildcats, and I think you’ll like Book’s response:

SI: What about your Kentucky teammates around the NBA? Like how often will you and KAT keep in touch?

Booker: I talk to Karl a lot. I probably talk to Karl the most out of everybody on the team, besides Tyler (Ulis). But I keep up with everybody. The Harrison twins, Trey (Lyles)… Trey’s in the West, Andrew (Harrison) is in Memphis, so we see those guys a lot. I’m proud of everybody. Hopefully 15, 20 years from now we can all go back, talk about our college experience, the memories that will last forever.

In a follow-up to that one, Booker was asked when John Calipari will leave Kentucky for the NBA to form a super-team of his former players.