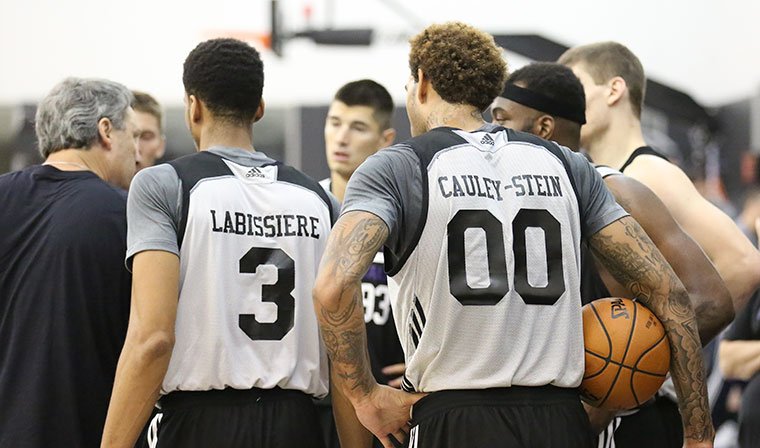 Willie Cauley-Stein and Skal Labissiere are headed to Vegas. The former Cats are two of the fourteen players on the Sacramento Kings’ Summer League roster, which will compete against 23 other teams in Las Vegas starting on Friday.

The Kings are preparing for the summer league with a mini-camp of their own. Here’s Willie and Skal working together with Isaiah Cousins on a three-man weave earlier today:

And a nice feature on Skal’s first day at mini-camp yesterday:

In case you missed it yesterday, Willie said he’s taking Skal under his wing this summer to help him adjust to the pros.