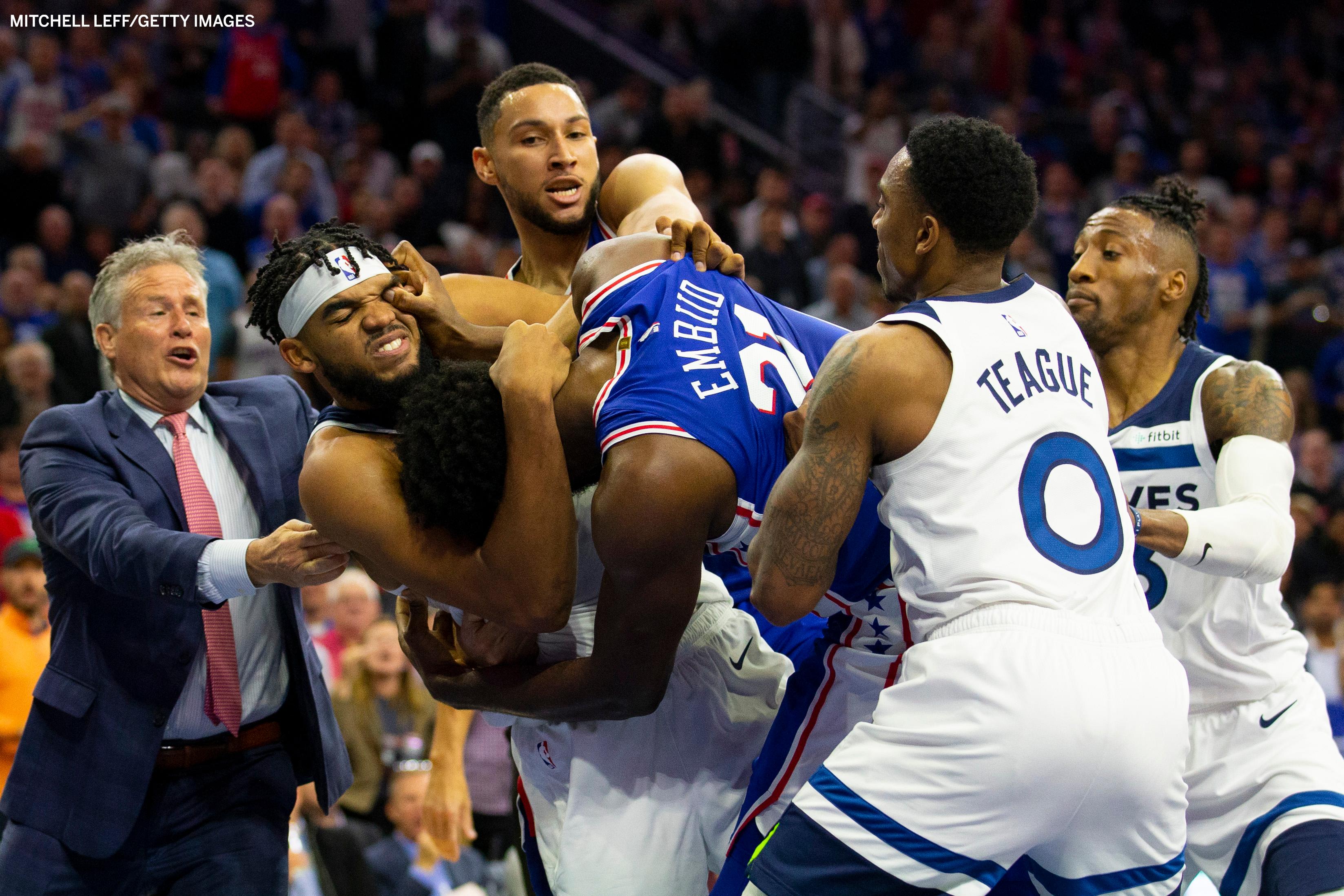 via @SportsCenter and GETTY

There was major NBA drama in Philly late Wednesday night, and former cat Karl-Anthony Towns was right in the middle of it. Towns got into a pretty intense altercation with Philadelphia’s Joel Embiid. With just under seven minutes remaining in the third quarter of the Timberwolves-76ers matchup, the two big men began to push and shove each other at Minnesota’s end of the floor.

In the video, it looks like the fight initially begins when Embiid forces a turnover and eventually pokes Towns near the eye. Towns throws a punch that missed, and the two begin wrestling on the court. Ben Simmons quickly joins the fight, putting Towns into a chock hold on the ground. Eventually, the entire benches empty, and their teammates and coaches finally separate them.

Here’s a full look at the altercation:

A full look at the altercation between KAT and Embiid ?

Both players were ejected. pic.twitter.com/yy9vmdg7VO

Both Towns and Embiid were ejected from the game after the official review. Embiid played up the drama to the crowd after the fight and while  exiting through the tunnel after his ejection. Fans responded with “MVP” chants.

Towns’ parents were not happy about Embiid’s attitude while leaving the arena.

At the time of the fight, the 76ers were leading by 20 points. Before his ejection, Towns had recorded 23 points and six rebounds; Embiid had 20 points and five boards. It’s likely both players receive some level of suspension for the fight, although one has not yet been announced as of Wednesday night.