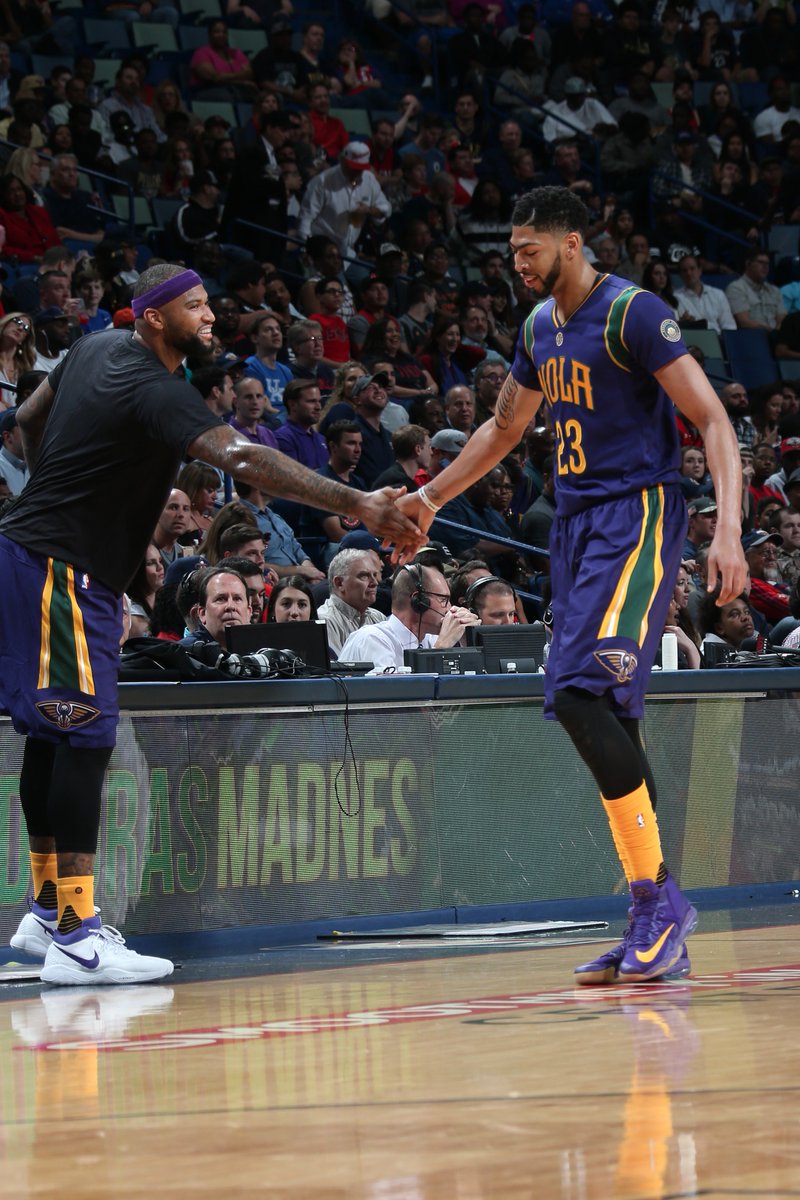 DeMarcus Cousins’ debut for the New Orleans Pelicans began with a bang, but the night ended with a whimper.  The Houston Rockets pulled away from New Orleans in the second quarter and never looked back.  The Pelicans lost 129-99.

Still, there are plenty of highlights to share.  Davis finished with a team-high 29 points and 9 rebounds, but he didn’t fill the stat sheet quite like Cousins.  Boogie had 27 points, 14 rebounds, 5 assists, 5 steals and 4 blocks.  Cousins started strong, knocking down his first shot as a Pelican.

The crowd’s reaction to his make might be even better than slow motion.

The best of Boogie’s four blocks was this swat on James Harden.

His step-back was smooth, as usual.

Of course, Boogie had to splash from three.