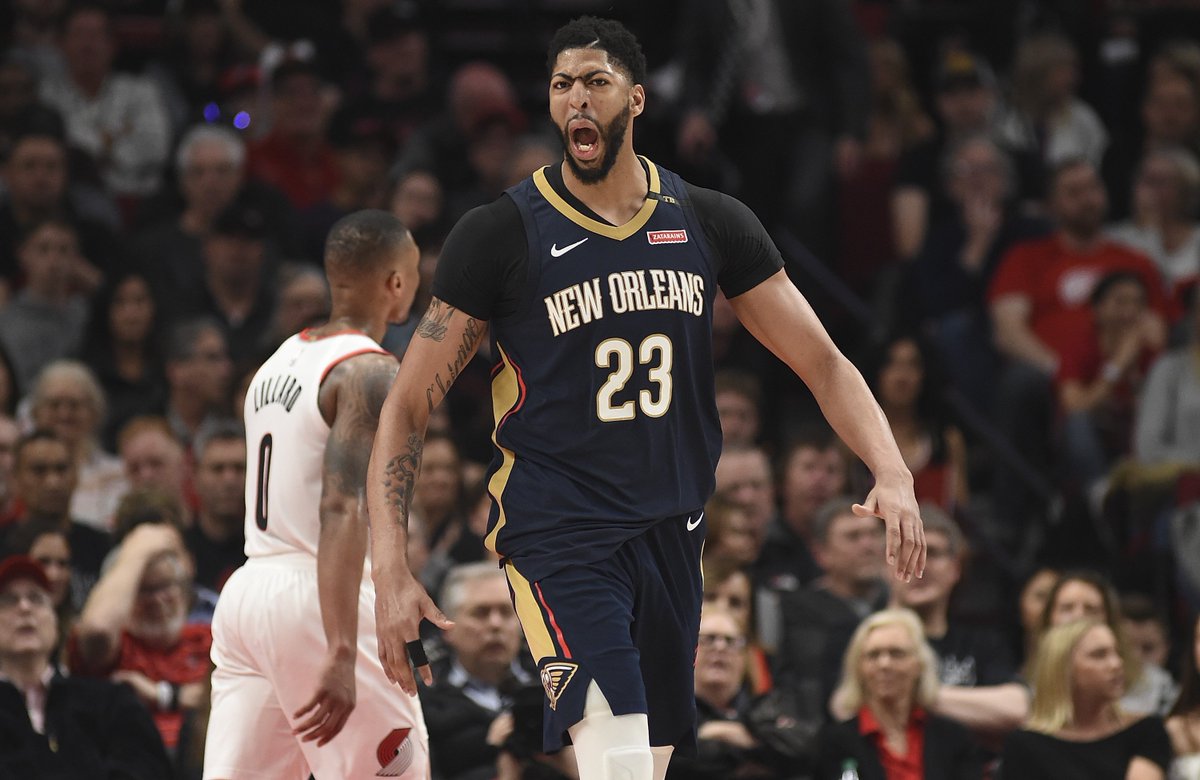 The New Orleans Pelicans went to Portland as underdogs.  They left with two wins.

After Anthony Davis dominated game one, another former Wildcat controlled game two.  Rajon Rondo was one assist shy of a triple-double.  The former Kentucky point guard finished with 16 points, 10 rebounds and 9 assists in a 111-102 win over the Trail Blazers.

Davis still posted a double-double, finishing with 22 points, 13 rebounds and 2 blocks.  Darius Miller knocked down a pair of threes to score eight points.

The Pelicans will return to New Orleans tomorrow night at 9:00 to secure a 3-0 series lead.  Entering the 2018 playoffs, Anthony Davis had never won a postseason game.  Now he’s inching closer to his first series win.

“Who in the Hell is Terry Rozier?”

Bucks’ Eric Bledsoe on Celtics’ Terry Rozier: “Who? … I don’t even know who the f— that is.” pic.twitter.com/t8IIqIhCOK

A lead turned into a route pretty quickly.  With a season series sweep on the line, Kentucky threw out a Cardinal at home to get the second out of the fourth inning.  Instead of closing out the inning, the Cats gave up two runs.

In the top of the fifth, Tristan Pompey was eight feet short of retaking the lead with a three-run bomb.  After leaving runs on the field, the wheels came off.  Louisville tacked on four runs in the fifth and two more in the sixth to win 8-1.

Shout out to all the Kentucky fans that made it to Jim Patterson Stadium.  A sell out, at least a third of the crowd was in blue for a beautiful evening of baseball.

Pitino did another interview and sounded interested in the Siena job

For just a moment, Francisco Lindor gave Puerto Rico a reason to cheer.

Devastated by Hurricane Maria, the island is still struggling to recover from the storm that damaged Puerto Rico’s infrastructure.  Many people still do not have power, but last night, Lindor put a smile on their faces, and not just because he donated his playoff salary to aid recovery efforts.

In the first game of a two-game series in Guyabo, Puerto Rico, the Cleveland Indians’ hometown hero played the role perfectly.  A tie game in the fifth inning, Lindor’s ball sailed to right field as the crowd breathlessly waited to see if the ball could make it over the fence.

Here’s another view of the hometown hero’s HR with some serious Puerto Rican flavor: pic.twitter.com/YFhc83aGWH

9 Comments for Today on KSR: The Pelicans Win another Playoff Game