It’s been a big week for former Cats around the NBA. Nerlens Noel and the Sixers picked up their first two wins of the season. Tayshaun turned back the clock for a 20 point game against San Antonio. Still, those guys weren’t able to crack this week’s top five. Who was? Let’s find out:

Rondo’s 9th year in the league has got to tough on the lone leftover of the Big 4 era Celtics. The Celts are 7-12 with a young roster that looks to Rondo to set them up with easy baskets. To that extent Rondo has shined with a NBA leading  10.8 assists per game, including a triple double this past Sunday against the Wizards. Rondo’s third triple double of the season.  But his scoring output is at his lowest mark since his rookie year and last night he was benched in the fourth quarter as Marcus Smart led a Celtics comeback. Every game seems to indicate Rondo could be on a new team by the end of the season.

Who had the Raptors leading the east a quarter of the way through the season? Anyone? Just Drake. Gotcha. Patterson had himself an extremely productive week with a season high 19 points last night against the Nuggets. P-Pat was 5-7 from beyond the arc while also playing a season high 39 minutes. One year ago Patrick was dealt to Toronto and since then he’s found a home among the feisty Raptors. A team that will continue to be a factor as they vie for the top spot in the East, watch them back in action tonight against King James and the Cavs.

Who doesn’t love John Wall? Last night the Wizards held off the Celtics in double-overtime and Wall got emotional when dedicating the game to Miyah Telemaque-Nelson. Hard not to root for someone who is able to stay so humble and outward focused even when he’s accomplishing such amazing feats on the court. That’s why Wall is one of the most beloved Cats of all time. 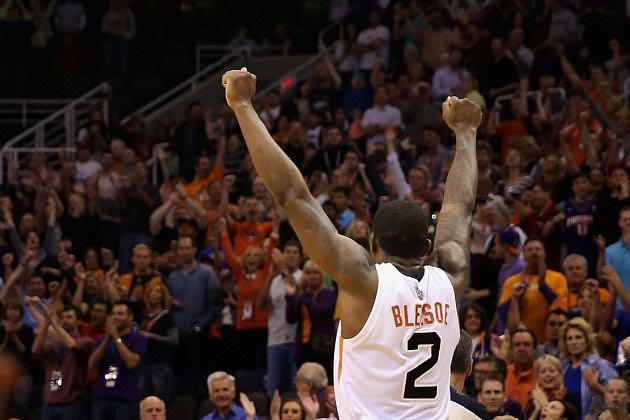 Bledsoe posted his first triple double of his career last night with an output of  27 points, 16 assists, and 11 rebounds in an overtime loss to the Clippers. Since last Tuesday, Bled has averaged 24 points, 8 assists, and 5 rebounds. That seems worthy of the big bucks they’re paying him to me. Phoenix has quietly climbed into the 8th seed in the West and could continue their ascent tonight with a win over Miami.

Can anyone unseat AD from the top spot? Not looking very likely 1/4 of the way through this season. Last week commenter KYSZN pointed out Davis is on pace to set the single season player efficiency rating held by Wilt Chamberlin at 31.82. Ant is at 33.28 right now. The Pelicans may do well to break .500 this season but with Anthony on the roster their future looks extremely bright. New Orleans and Ant are currently hosting the Knicks.

4 Comments for The Top UK Players in the NBA, Week 6