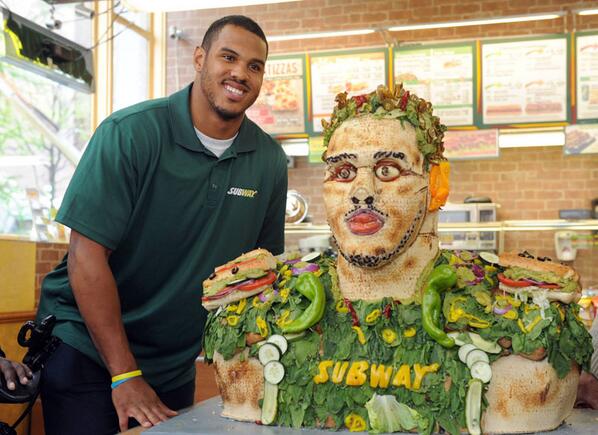 The “Wiz Kids” (Washington Wizards) looked to continue the streak of being “road warriors” in this year’s NBA playoffs when they traveled to Indiana tonight. The Wizards held a 1-0 lead in the series heading into the game, but Roy Hibbert’s disappearing act at least momentarily came to a halt. Hibbert finally showed up in the scoring/rebounding column just in time to keep the Wizards from stealing a decisive 2-0 series lead. With the series knotted at 1-1 after an 86-82 Pacers win, the games will travel back to Washington. John Wall didn’t have his best night for the Wizards, going cold from the field (2 of 13 shooting) to finish with 6 points points. Wall had a costly turnover down the stretch that followed a string of missed 3-point attempts.  Wall did dish out 8 assists in the losing effort.

P.s. If I never hear Pitbull’s “Timber” song again… I can die happy.