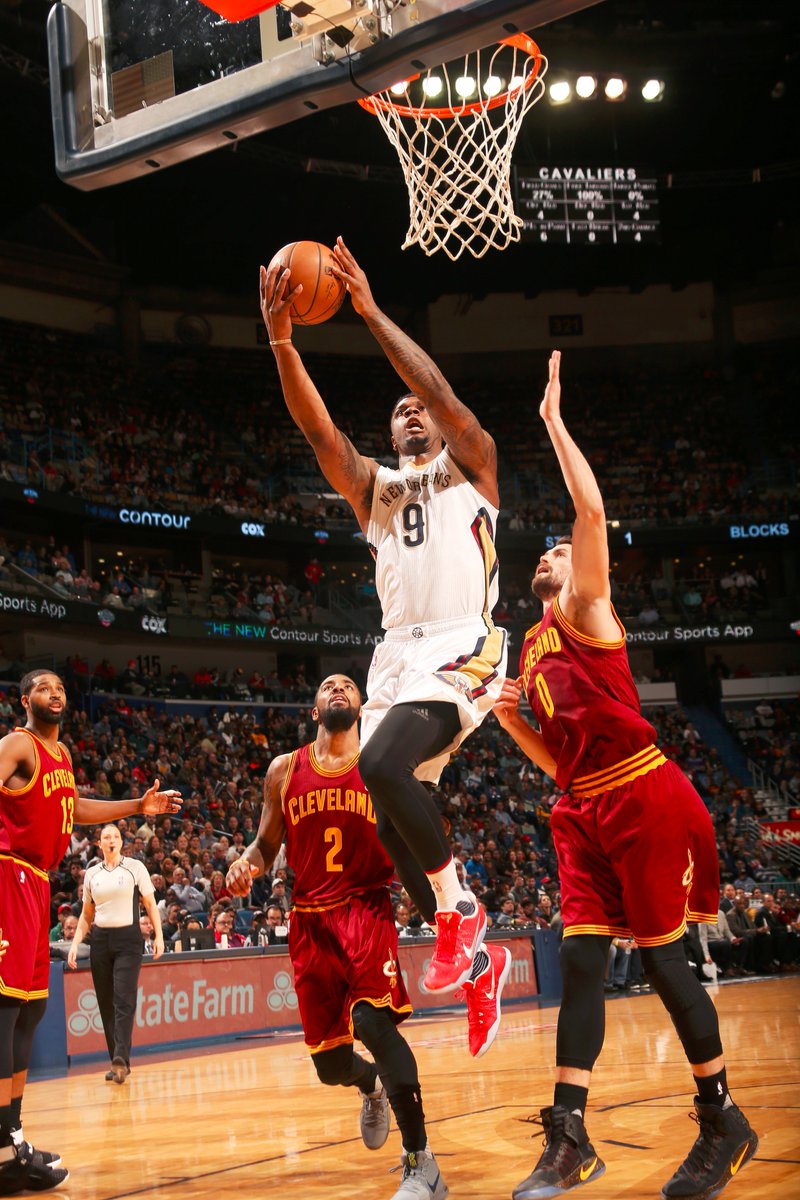 LeBron James learned a little something about The Real T Jones.

Starting in place of the injured Anthony Davis (quad contusion), Terrence Jones didn’t miss a shot in the first half, knocking down all eight field goal attempts for 22 points.  Only 23 percent from behind the three-point line this season, Jones was feeling it tonight.  He hit 3-of-4 attempts, including this one from the top of the key.

Jones surpassed the 30-point mark by putting one in LeBron’s eye.

.@TerrenceJones1 at 30 points after the jumper over LeBron! #Pelicans pic.twitter.com/L9xdtv4vYd

Jones had LeBron’s number on the other end of the floor too.

What is happening? Terrence Jones rejects LeBron at the rim. Lordy what a performance. #BBN #Pelicans pic.twitter.com/XR9s3eX0aJ

Then he took LeBron to the woodshed in the closing minutes.

Jones finished with 36 points (tying a career-high), 11 rebounds and 3 blocks in the Pelicans’ stunning 124-122 win over the Cavaliers.