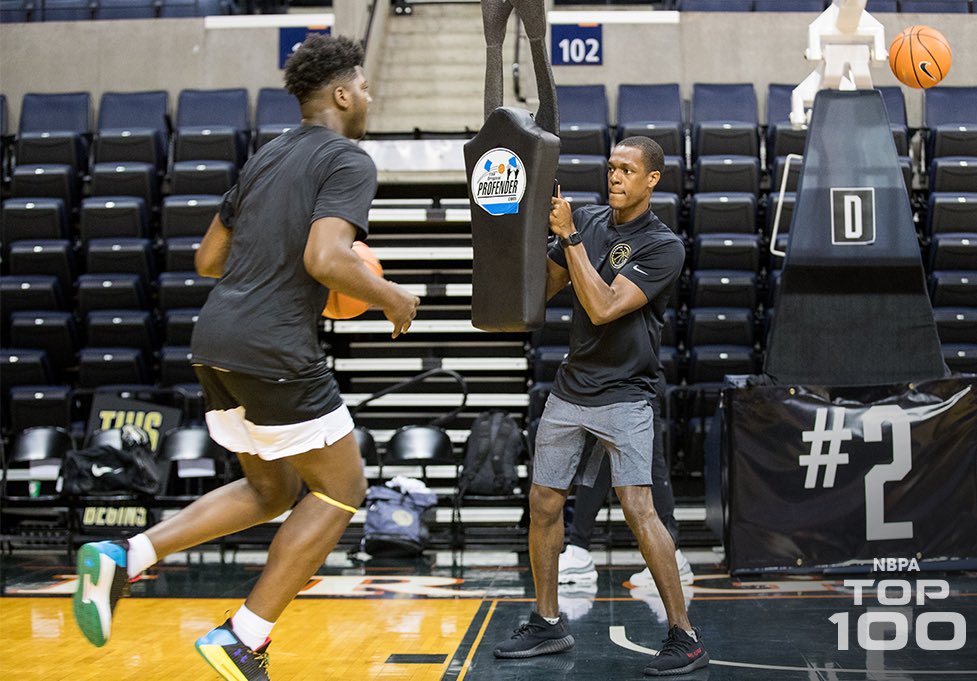 “Instense” is a good way to describe former Kentucky Wildcat Rajon Rondo.  This weekend we discovered that intensity follows Rondo onto the sideline.

After averaging 8.3 points and 8.2 assists per game as the New Orleans Pelicans’ point guard in 2017-18, Rondo put on his coach’s hat at the NBPA Top 100 Camp in Charlottesville.  On the sidelines at the elite camp for the second year in a row, the competition got heated during last night’s games.

Jerry Meyer of 247 Sports reported that Rondo was ejected from a game.  Potentially a first at the Top 100 Camp, Rondo ignored the aspiring NBA official.  Instead of being removed from the gym, Rondo simply left the sidelines and spent the rest of the game behind the bench.

Rondo is not the only person with a Kentucky connection at the camp.  UK recruits Scottie Lewis, Bryan Antoine, N’Faly Dante and Jalen Lecque have spent the last four days competing in front of NBA coaches and college scouts. This is what happened when Lewis and Lecque went head-to-head.