One week of the NBA is in the books as 22 former Cats looked to make an impact around the league. Do any of them have a shot to dethrone the Warriors or the Cavs? You be the judge based on this week’s Power Rankings: John Wall has been given full reins to the Wizard’s offense and it is a thing of beauty. The Wiz are off to a 2-1 start and it helps that Bradley Beal is playing a great Robin to Wall’s Batman. Next up, Washington gets to host the Spurs tomorrow night.

AD’s season hasn’t started off the way the MVP hopeful would have wanted with three straight losses. Bottom line, the browed one just doesn’t have any help but that will change once the Pelican’s roster gets a bit more healthy. 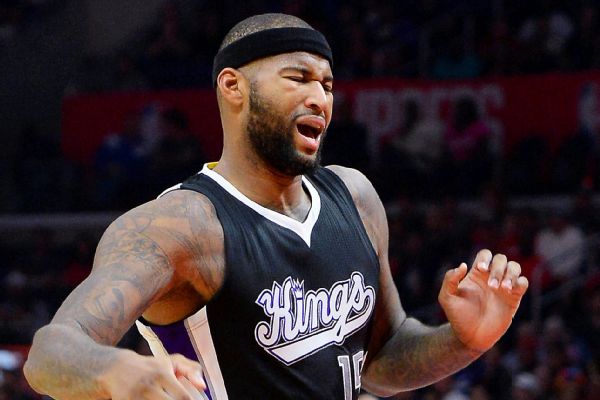 DMC leads all Wildcats with a Player efficiency rating of 25.25 but that could be in jeopardy for the  big man  as he left Saturday’s game with a strained achilles and is now listed day-to-day. Hopefully DeMarcus can get back to full health quickly and keep Kentucky (far) West in contention amongst a stacked Western conference. The Kings host Memphis later tonight.

Kentucky West is off to a solid 2-2 start with solid contributions from all four former Cats. So far though Eric Bledsoe is the star of the show with 21 points per game which ranks 19th in the NBA.  The Suns dropped a close game to the West leading Clippers but have a chance to bounce back with two home games. The number 1 pick is off and running with an average double-double and turned heads from around the nation. Towns, Wiggins, Rubio, LaVine, Shabazz, and Gorgui Dieng make up a solid nucleus of players all under 25 and will be making some noise in the near future. The Wolves lost their first game of the season last night but a 2-1 start is ideal for this young squad.

Everyone else is after the jump:

Nerlens forgot how to dribble…

1 Comment for Power Ranking The NBA Cats After Week 1