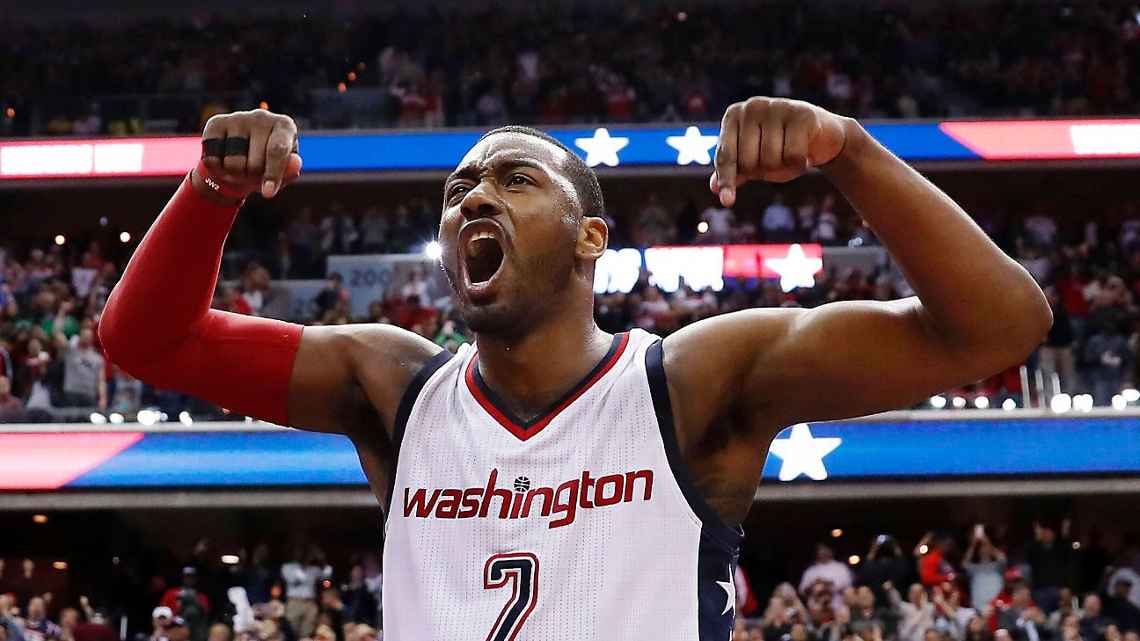 In fact, of the players that actually went to college on the list, over 10% of them attended UK.

Today, ESPN released their top 100 players in the league, and yet again, the BBN is represented extremely well.

Here’s the list and ESPN’s analysis of each player below:

Stats & Info: Towns was named the most likely first-time All-Star by our Summer Forecast panel in August. He averaged over 25 points and 12 rebounds last season, becoming only the second player to put up those numbers and not make the All-Star team (Kareem Abdul-Jabbar was the first to do so in 1977-78).

Stats & Info: Wall’s struggles against Boston in the conference semifinals exposed somewhat of a limitation when it comes to executing in the half court. In fact, Wall ranked lower than every other player in our top 50 in points per play in the half court last season.

Stats & Info: The idea of having either Cousins or Anthony Davis on the floor at all times for the Pelicans might be enticing on paper, even if it didn’t work last season. When Cousins was on the floor without Davis, the Pelicans were outscored by 12.6 points per 100 possessions. Swap Davis for Cousins and the Pelicans outscored teams by 8.8 points per 100 possessions, a net swing of over 21 points. Though his talent is undeniable, Cousins still has not shown the ability to translate that talent into team success.

Stats & Info: In four seasons in Phoenix, Bledsoe has averaged more than 18 points, six assists and four rebounds, making him one of nine players to reach those marks over that span. Bledsoe is the only one of that group who has not made an All-Star team. He’s coming off a season in which he set career highs in PPG, RPG, APG, player efficiency rating and usage rate while also posting the lowest turnover rate of his career.

Stats & Info: Only four players in NBA history — LeBron James, Kevin Durant, Shaquille O’Neal and Kyrie Irving — averaged more points as a 20-year-old than Booker did last season as he pumped in 22.1 points per game. Despite the historic scoring for a player his age, Booker actually slipped 14 spots in our rankings. If you’re wondering why, defense is a good place to start. Booker ranked near the bottom among shooting guards in Defensive Real Plus-Minuslast season.

Stats & Info: After appearing in just 50 percent of Charlotte’s games over the previous three seasons, Kidd-Gilchrist was finally able to stay healthy in 2016-17 as he played in a team-high 81 games. An elite wing defender, Kidd-Gilchrist was one of just seven non-bigs to rank inside the top 30 in Defensive Real Plus-Minus last season.

Stats & Info: Though Patterson’s move to Oklahoma City received significantly less ink than Paul George’s (and rightfully so), it’s one that could pay huge dividends, as Patterson provides much needed spacing in the frontcourt. He made 94 3s last season in Toronto, 90 more than OKC’s second-half starter Taj Gibson has in his career. Thunder starting power forwards combined to rank 22nd in made 3s and 25th in 3-point FG percentage last season.

Stats & Info: It’s a big season for Noel, who will be playing on a one-year, qualifying offer after failing to secure a long-term deal as a restricted free agent this offseason. Noel is dripping with defensive potential, as he was the only player to average three steals and two blocks per 100 possessions last season. In fact, the only players his size over the past 30 years to do that while playing at least 1,000 minutes are Hakeem Olajuwon and David Robinson.

Even with nine Wildcats on the list, guys like Rajon Rondo, Enes Kanter, and Julius Randle also make extremely compelling arguments. Regardless, this list is just incredible.

In a few years, we can pencil in guys like Malik Monk, De’Aaron Fox, Jamal Murray, Bam Adebayo, Kevin Knox, etc., to make the list, on top of whatever recruiting/in-game talent surprises we have in store.

Could we see 25% of this list represent Kentucky in the near future?

My guess is absolutely.