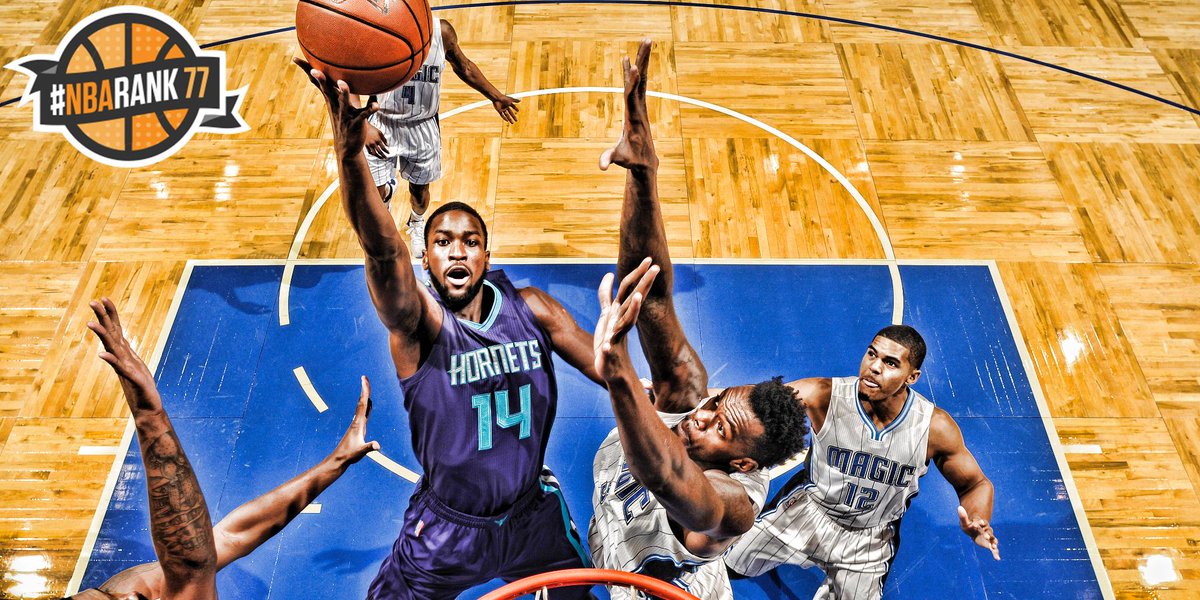 As reported earlier this week, Michael Kidd-Gilchrist had surgery to repair a torn labrum in his right shoulder.  It’s a devastating injury for both MKG and the Charlotte Hornets, as it will sideline him for most of the upcoming NBA season.  I wanted to bring this back up because it gained a lot of attention around the league.  MKG was heading towards a pivotal 4th season in Charlotte, after signing a $52 million contract extension with the Hornets this summer.

As you can see in the picture above, Kidd-Gilchrist (prior to injury) was ranked 77th in ESPN’s NBA player rankings for the ’15-’16 season.  Oddly enough, he was ranked ahead of players who get much more media attention (for example, Kobe Bryant).  Yes, ESPN ranked MKG ahead of Kobe Bryant.  Though Kobe has lost a step on competition recently, it just goes to show you how valuable MKG is to the Hornets.  He is by far their best defensive player in Charlotte, and the statistics prove it.

In games played with MKG last season, the Hornets had a mediocre record of 28-29.  With MKG on the bench, they only managed a disappointing 6-21 record.  Other things factor into this, but without Kidd-Gilchrist, opponents outscored them 9.1 points per game.  The effective field goal percentage of opponents with MKG on the court was 47.4% and they scored 98.8 points per 100 possessions. Take him off the court, then the numbers jump to 49.6% and 107.4 points per 100 possessions.  In the NBA, that’s the difference between winning or losing.

Following his surgery, it was confirmed that Michael will be out for at least 6 months.  There’s a possibility that we could see the former Wildcat back in April, but that all depends on how Charlotte does without their starter.  It’s not looking good statistically, so don’t be surprised if Kidd-Gilchrist misses the entire season.  If Charlotte has no chance of making the playoffs, MKG won’t be rushed back onto the court too soon.

Prayers out to Charlotte for MKG.  Hope to see him back on the court soon.  Regardless of this season, with his hard work and determination, we already know he’ll come back much improved.