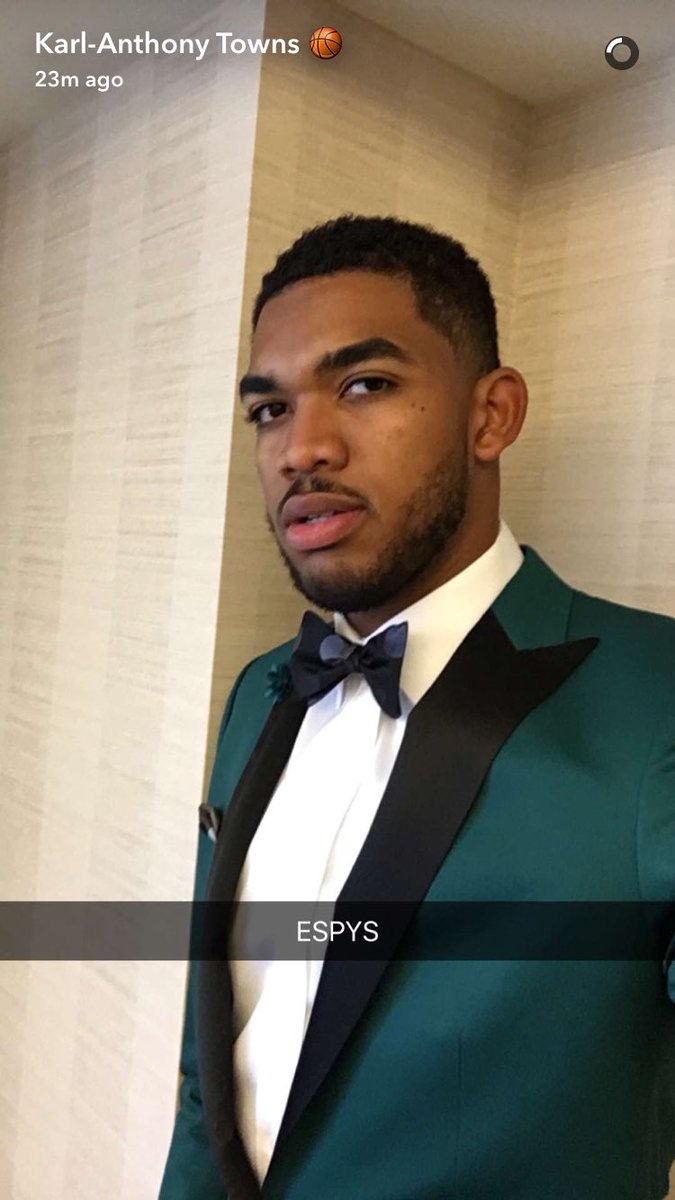 Unfortunately, Karl Towns did not win the ESPY for “Best Breakout Athlete,” which went to Cubs pitcher Jake Arrieta instead, but, in true Karl fashion, he’s still enjoying his night. Check out Karl talking to newly-retired Kobe Bryant on the red carpet earlier tonight:

"I'm just tying to keep up with you." – @KarlTowns to @kobebryant on the #ESPYS red carpet. pic.twitter.com/ua9UCxXY5g

Karl also tweeted out “#blessed,” which has to refer to the fact that he and Andre Drummond dressed alike, right? 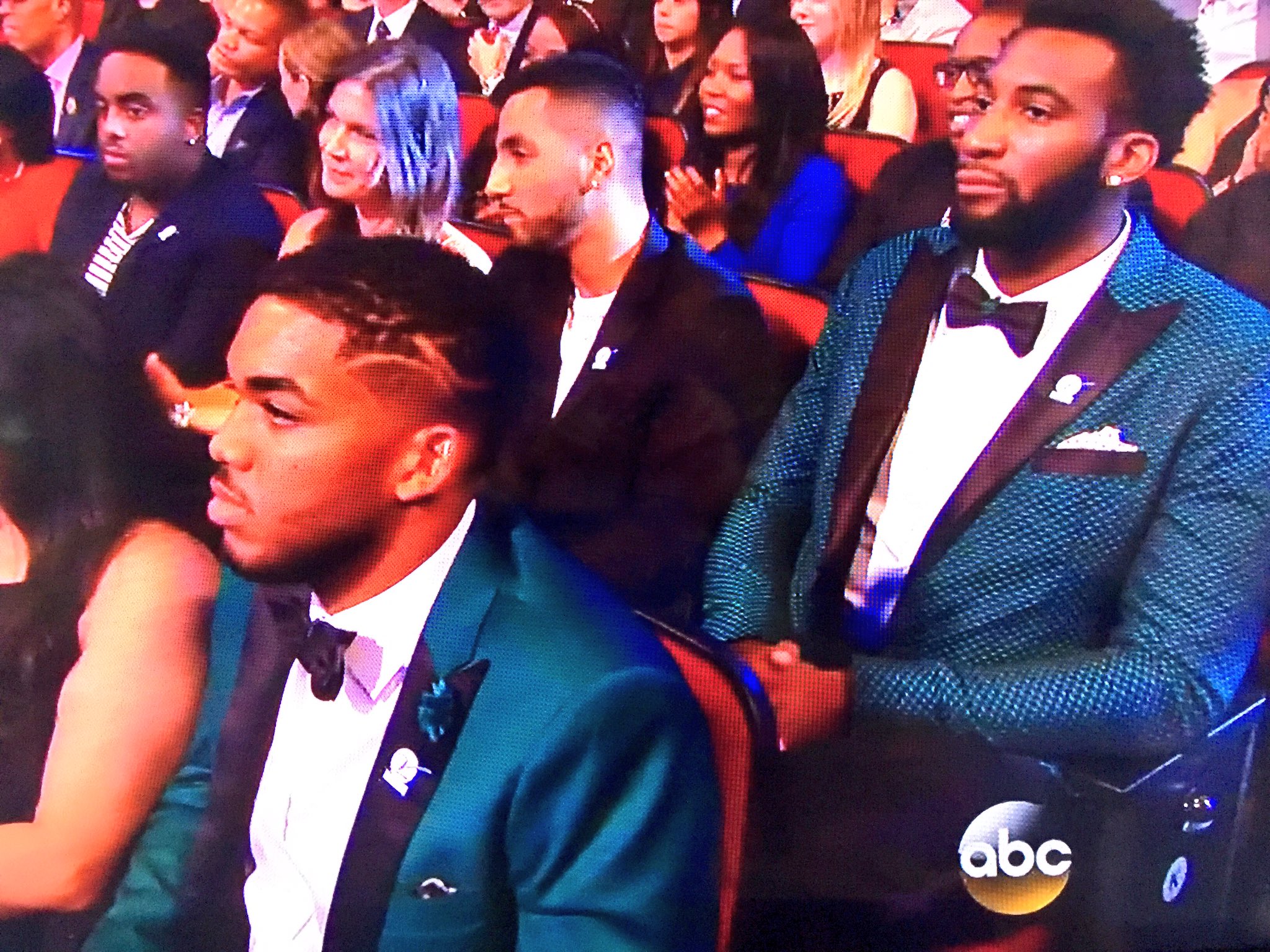