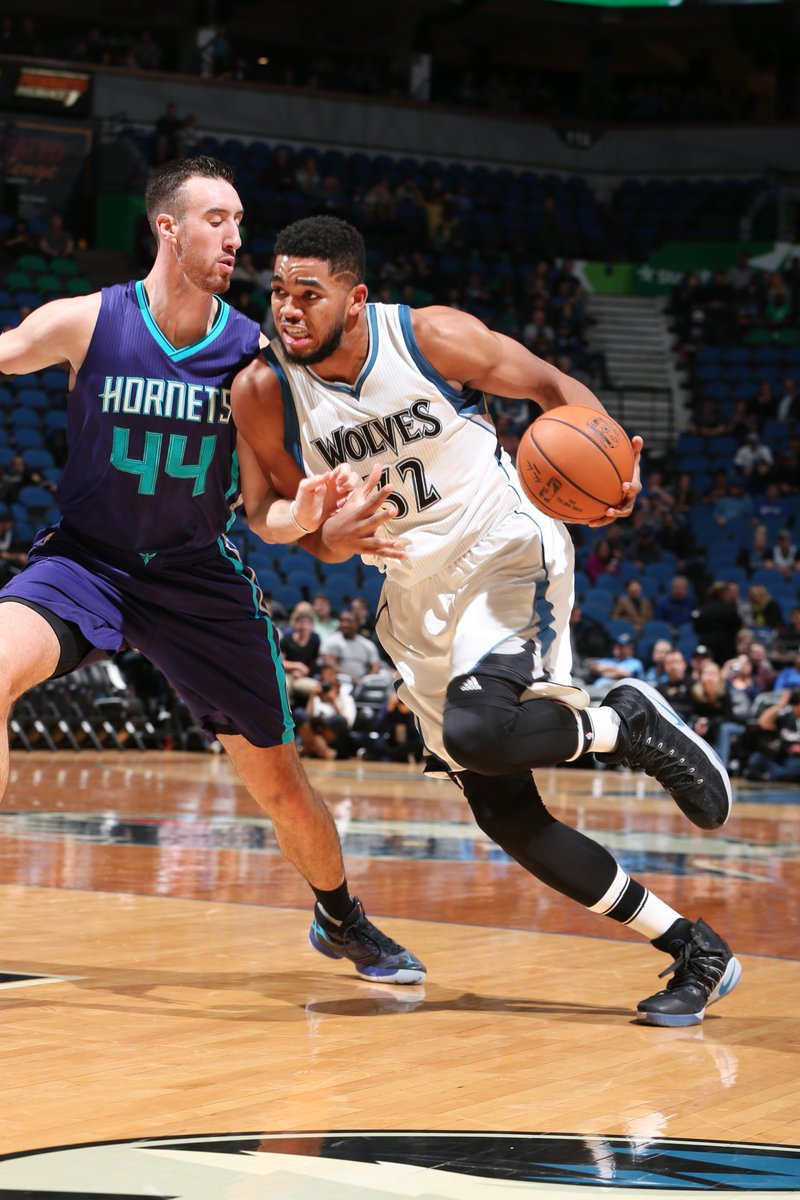 Karl Towns may have lost the Final Four battle to Frank Kaminsky, but he’s not going to let Frank the Tank win the war.  Last night Towns had 15 points and 9 rebounds in only 15 minutes of play, abusing Kaminsky in the process.  He started by going coast-to-coast.

Then he hit him with a floating AND 1.  Kaminsky could not believe what just happened.

If only this put-back dunk was on Kaminsky.