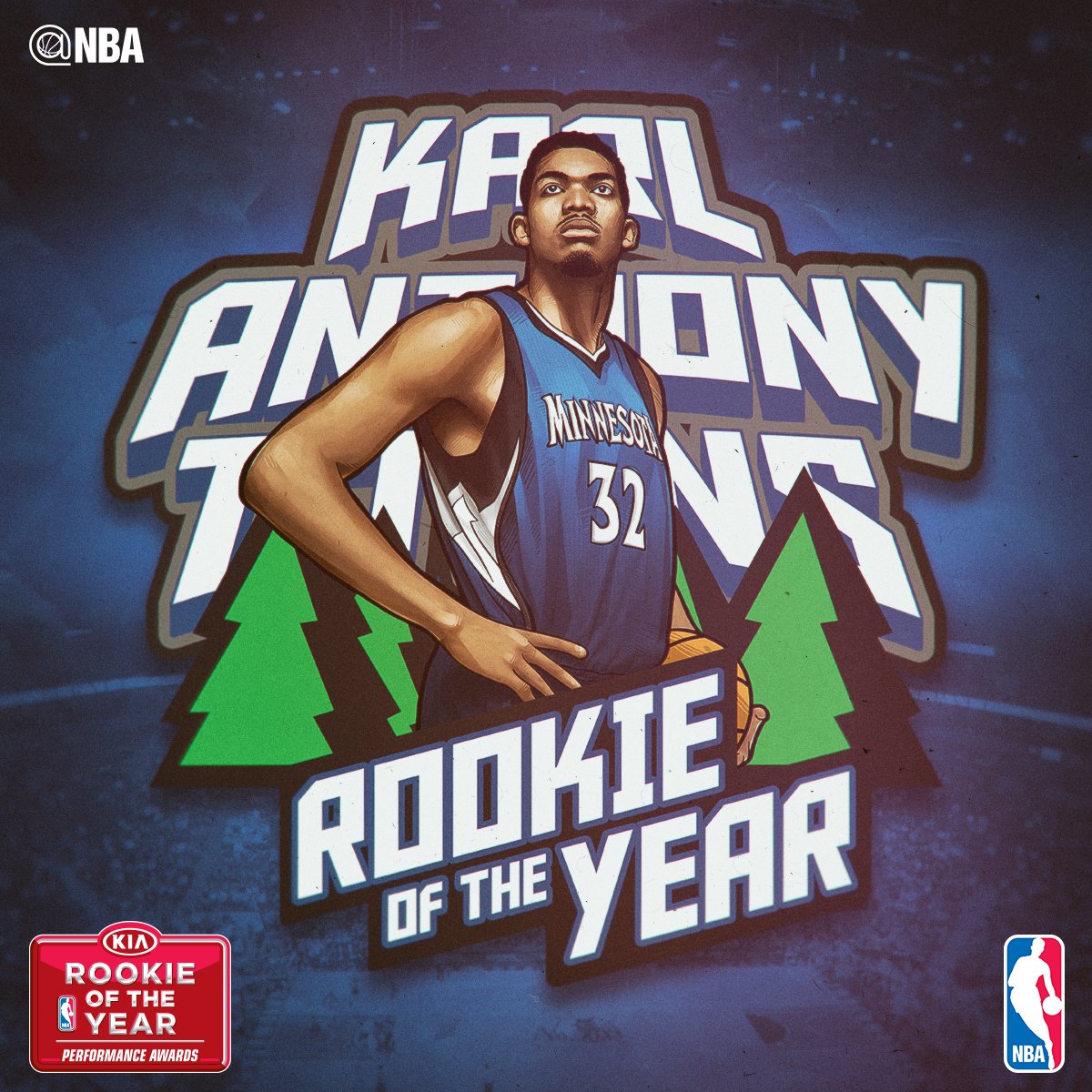 Congratulations to Karl-Anthony Towns, your 2016 Kia NBA Rookie of the Year.

It was a unanimous decision for Towns, making him only the fifth unanimous Rookie of the Year in the 32 years of the award. He joins Damian Lillard (2013), Blake Griffin (2011), David Robinson (1990) and Ralph Sampson (1984) as unanimous winners.

“It’s an honor to be named Rookie of the Year by the media,” Towns said. “I owe a lot to our coaches and my teammates for their support throughout the year. I intend to work hard on my craft to improve my game for next season and help our team challenge for a playoff spot.”