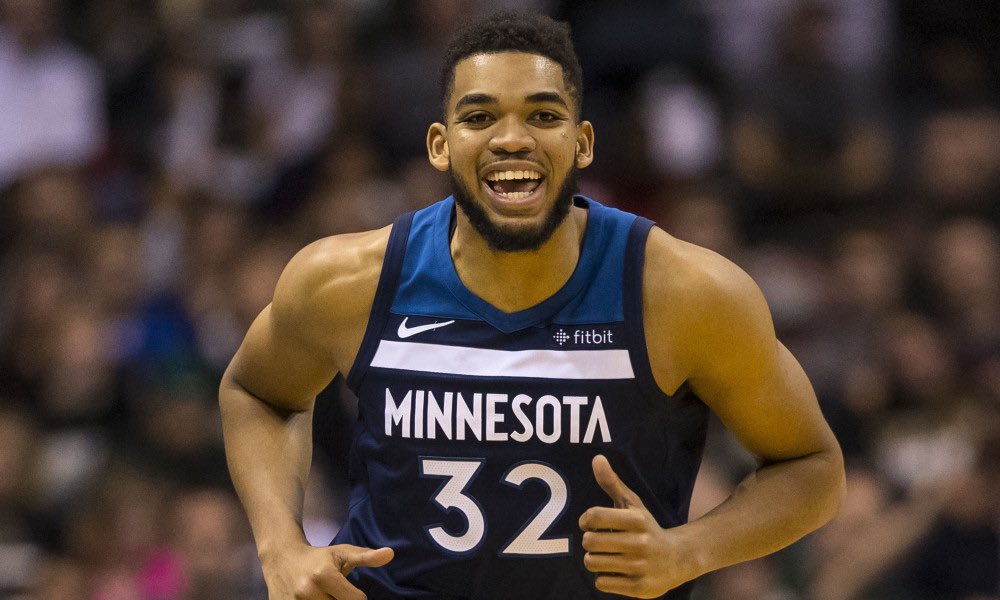 After scoring 56 points on 19-32 shooting, 15 rebounds, four assists, and a block, the former Kentucky big man now holds the Minnesota franchise record for most points in a game.

Towns becomes Minnesota’s fourth 50-point scorer in history, with Mo Williams, Corey Brewer, and Kevin Love being the only other players to accomplish the feat.

Just how good is a 55-15 night? Only three people in NBA history have recorded that stat line through age 22, and two of them are Wildcats.

Every player in NBA history with 55+ points and 15+ rebounds in a game through age 22:

Last night, a video went viral of Ben Simmons playing PUBG, a battle royale-style video game, with Towns. Simmons asked Towns to play one more game with him, saying he had “plenty of time” to play because the Timberwolves were only playing the Atlanta Hawks tonight.

Ben Simmons tells Karl-Anthony Towns he has “plenty of time” to play #PUBG because the #TWolves play the #Hawks tomorrow ?

Turns out, Simmons was correct.