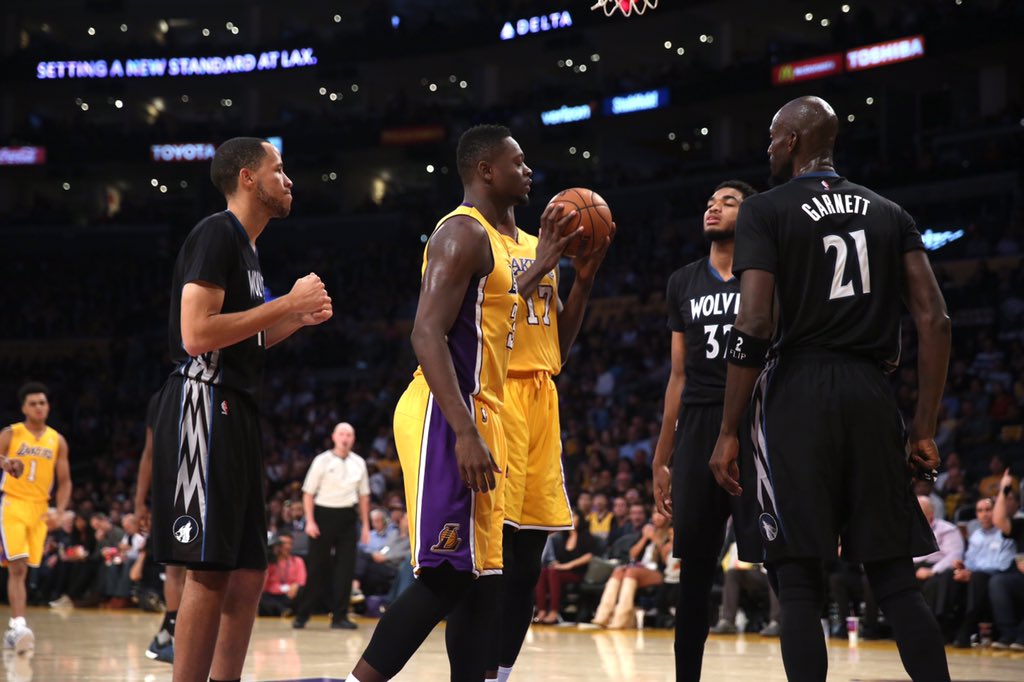 Kevin Garnett can be pretty intimidating, but Julius Randle refused to let the NBA great push him around last night. After a foul in the Lakers/Timberwolves game, Garnett started trash talking Randle under the basket and Randle turned around and gave it right back to the 20-year-NBA vet:

Garnett got a technical for that, but Randle still wasn’t satisfied. A few plays later, he bounced the ball off Garnett’s back on the in-bounds:

Baaaha. Randle finished the game (only his second ever as a pro) with 15 points and 11 rebounds. After the game, he had this to say about Garnett’s trash talking.

“It doesn’t scare me. I’m not scared of anybody. …It gets me going. I’ve been watching him all my life, so I know what to expect.”