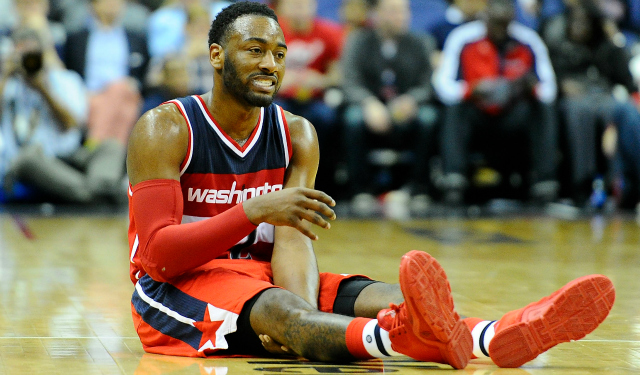 Last night, John Wall had a scare when he banged knees with Mavericks forward Jeremy Evans:

The former Cat had to be helped off the floor, but thankfully, according to the Washington Post, X-rays didn’t reveal any structural damage and Wall was able to walk on his own, albeit with a limp, after the game. The Wizards play the Miami Heat tonight, but Wall’s status is still uncertain.

Hopefully he’ll be back to doing stuff like this soon: