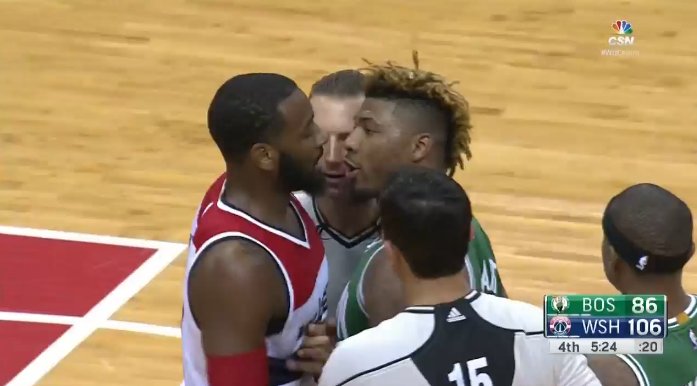 It’s been a rough week for John Wall.  For the second straight game, he was forced out of the game in the fourth quarter.

In this blogger’s humble opinion, both of the calls were soft.  See for yourself.

1 Comment for John Wall Ejected for the Second Straight Game