Currently underway in Las Vegas is a battle between Kentucky’s best two players from the last two Final Fours Julius Randle and Karl Towns. Karl Towns is off to a good start at halftime as he has scored 6 points on 3-5 shooting, 1 rebound, 1 block and 1 assist. Check out his first points below.

No.1 pick Karl-Anthony Towns gets on the board with 1st #NBASummer League points! @NBATV @MNTimberwolves https://t.co/468ZhdITXA

Julius Randle is still shaking of the rust in his first game back from last year’s season ending injury and has just 3 points at halftime. 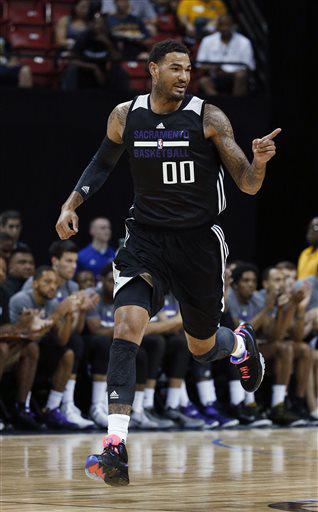 Willie made his debut today for the Kings and looked like the best player on Sacramento’s roster. WCS finished his first game with 11 points, 5 rebounds, and 2 blocked shots. The Kings struggled to find any solid scoring options and fell to the Raptors by a wide margin. I’m going to miss seeing blocks like this:

Willie’s first NBA points game via an assist from former Cat Deandre Liggins. Liggins scored 8 points, dished 2 assists, and grabbed 3 rebounds in the loss. Both players made the biggest impact defensively with the best +/- of any King. Not a bad start for the former Cats. Watch Liggins’ nice no-look pass for Willie’s first 2 points. 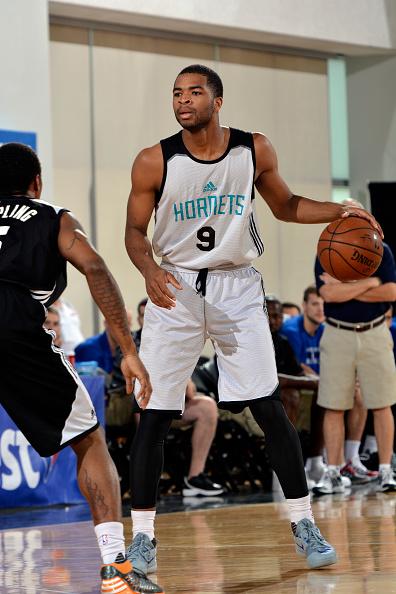 Aaron Harrison continued his summer league success tonight with a total of 15 points, 5 rebounds, and 2 assists in a win over the Nets. He even showed some of his outside range by going 2-4 from beyond the arc. With the win, Charlotte’s summer has come to a close but you have to like Aaron’s chances of finding a roster spot. He and Kaminsky were the best two players the Hornets had this past week and they need some help at guard on their roster. Make it happen MJ!