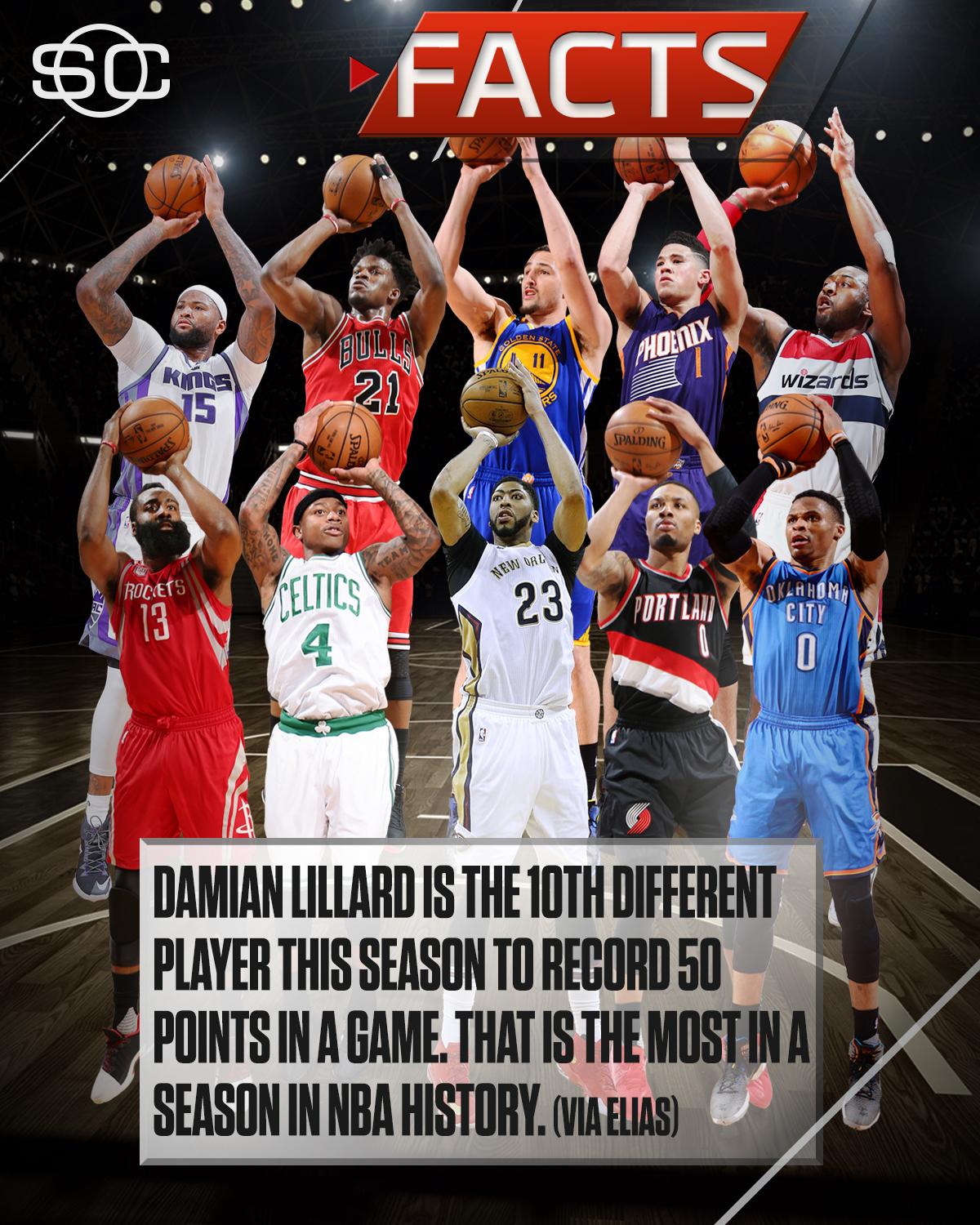 ESPN recently shared the photo above to highlight the ten different players who have scored 50+ points in an NBA game this season. Following Damian Lillard’s 59 points last night, it sets a new NBA record for the most players to have such performances in a season.

Out of the ten players to score 50+ points in a game, four of them are former Kentucky Wildcats.

And just because he was 3 points shy of reaching 50+ points,

Want to guess how many Tarheels, Cardinals, Blue Devils, or Jayhawks that have had that kind of offensive performance this season?

The answer is zero.