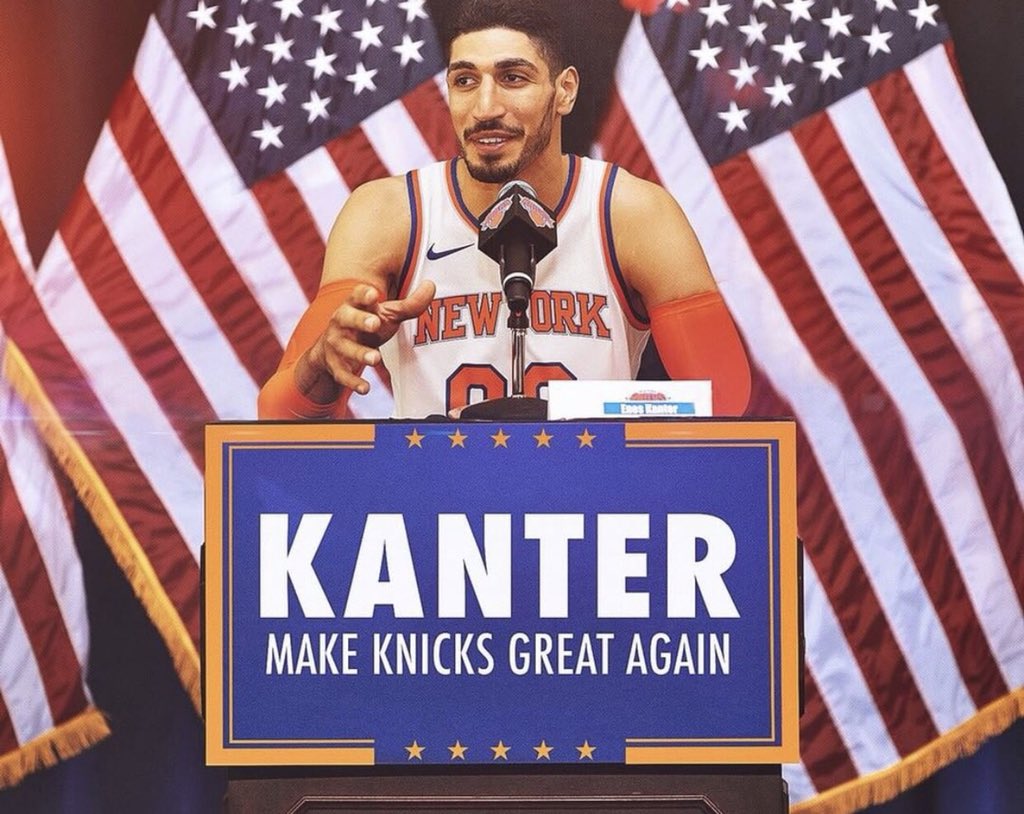 Enes Kanter announced his decision to return to the New York Knicks.

Kanter is exercising his $18.6 million player option for the 2018-19 season to remain in New York.

“With Coach Fizdale, I want to stay more,” Kanter told The New York Post. “I know his mentality, I know how much freedom he gives to his players. It’s going to help my decision for sure. I think he’s going to change a lot of things. He seems like a relationship with him is like a friendship relationship. It’s not a player-coach relationship. I talked to him two hours and it gives you so much confidence.”

He confirmed his return with two very famous people.

After having a deep conversation with @BillClinton and seeing all the fans reaction, I have decided to keep my talent in the Mecca ?#TheDecision ? pic.twitter.com/g3lYS2JJTx

3 Comments for Enes Kanter is staying in New York