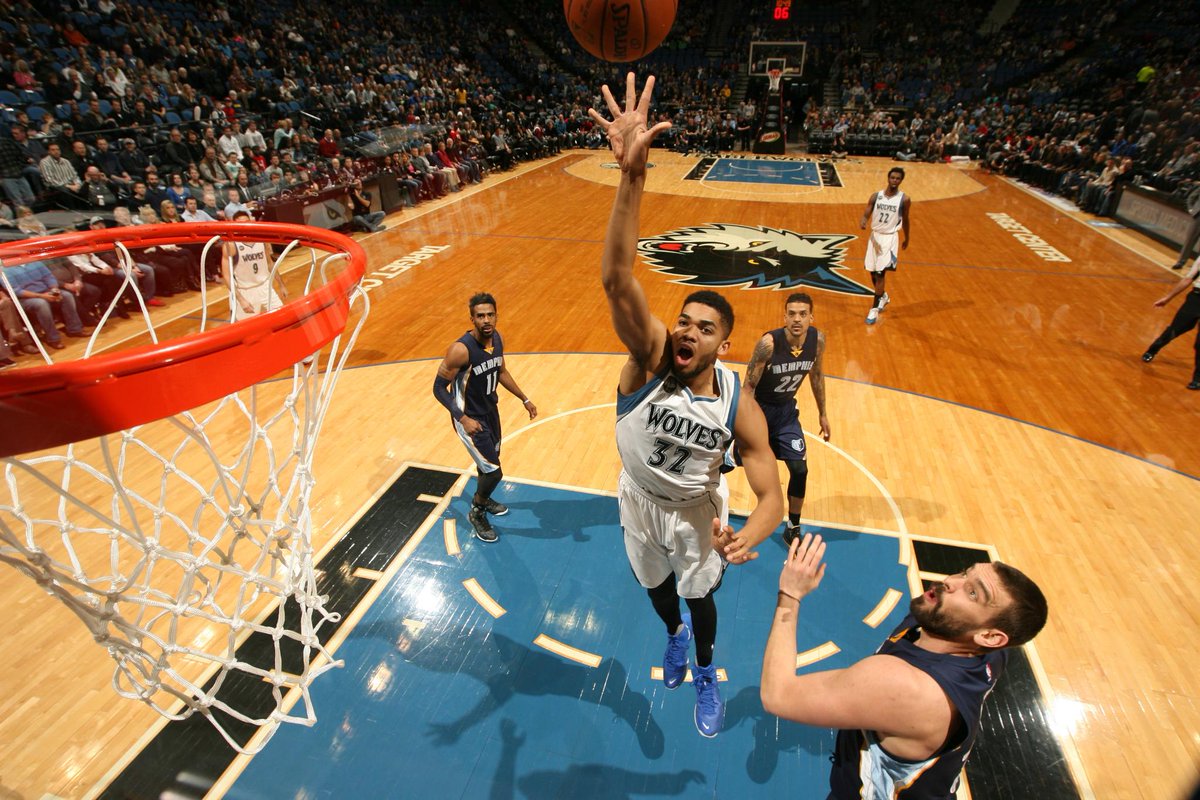 20 former Kentucky Wildcats are making their 2016-17 NBA debuts tonight.  There will surely be many highlights to come, but it starts with Michael Kidd-Gilchrist.  Coming off injury, he scored the Hornets’ first two points of the season.

Anthony Davis is already dunking on fools who think they can guard him.

Not once, but twice.

But Davis isn’t all power.  He hit them with a little finesse in the lane with this pretty jump hook.

Meanwhile in Minnesota, Andrew Harrison made the Grizzlies starting lineup.  Unfortunately, things might not go well against Karl-Anthony Towns.  His first three-point attempt was nothing but net as the T’Wolves sprinted out to a 20-3 lead.

However, he’s much more terrifying when attacking the rim.

Good God Almighty! Karl-Anthony Towns fakes out Vince and Z-Bo on his way to the jam. Lordy! #BBN #Wolves pic.twitter.com/fL7DWOFxdo