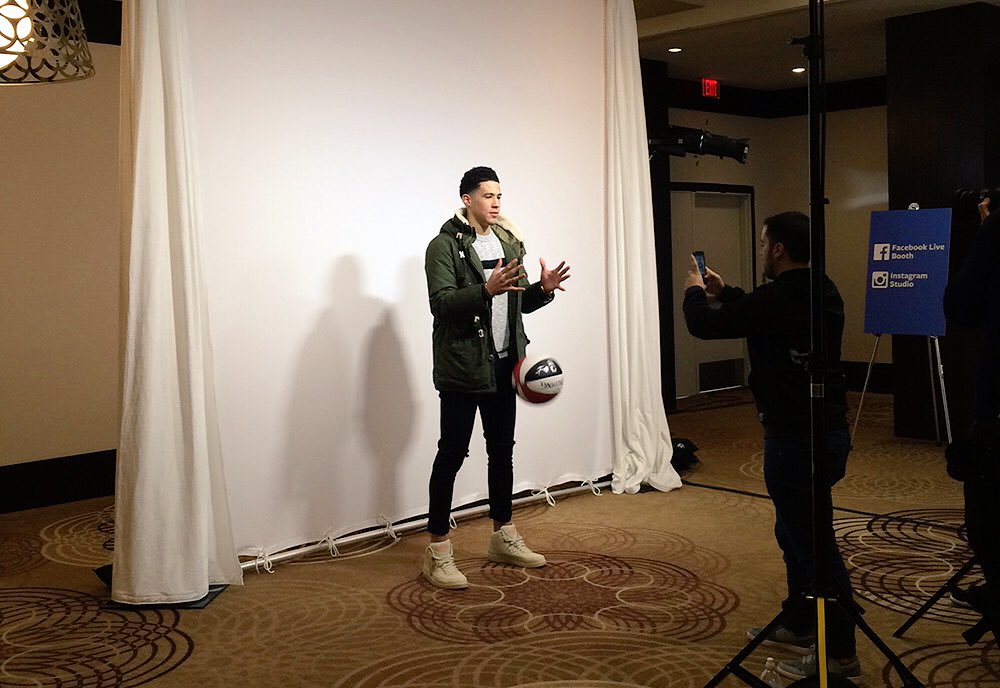 Nerlens Noel is unable to participate in Friday’s Rising Stars Challenge because of a knee injury, but I have a feeling you’ll like his replacement.

According to Adrian Wojnarowski, Devin Booker will fill in for Noel in the game between the league’s best rookies and second-year players, a wise choice because Booker is ballin’ these days and he’s already in Toronto for the 3-point Contest Saturday night. He’ll join Karl Towns on Team USA as they take on Trey Lyles and Team World.

The game will broadcast live at 9 p.m. ET Friday on TNT.