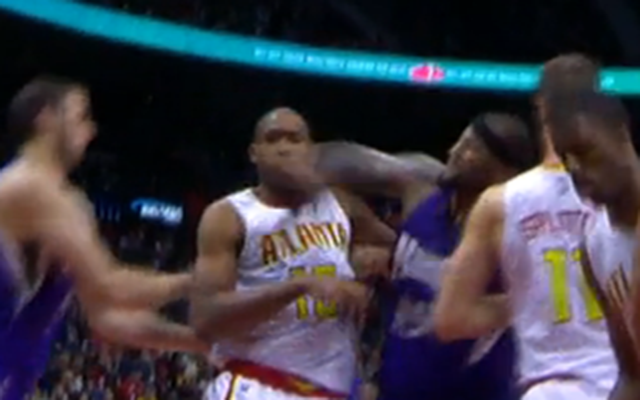 It look like Boogie’s temper got the best of him again. The NBA has suspended Demarcus Cousins one game for throwing an elbow at Atlanta’s Al Horford during last night’s game: