Congratulations to DeMarcus Cousins, John Wall, and Anthony Davis, who were among the 34 players invited to Team USA’s 2015 mini-camp, which will take place August 11-13 in Las Vegas. 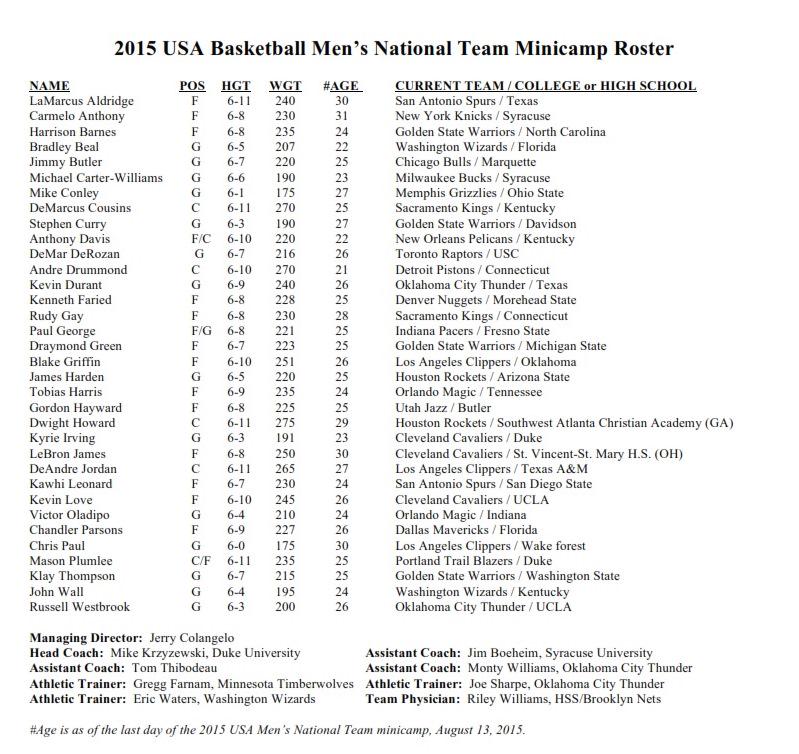 Last year, Cousins and Davis played on the gold medal World Cup Team, and three years ago, Davis was part of the team that brought home gold at the 2012 Summer Olympics. Hopefully, all three former Cats will make the roster for the 2016 Olympics, which will take place in Rio next summer.