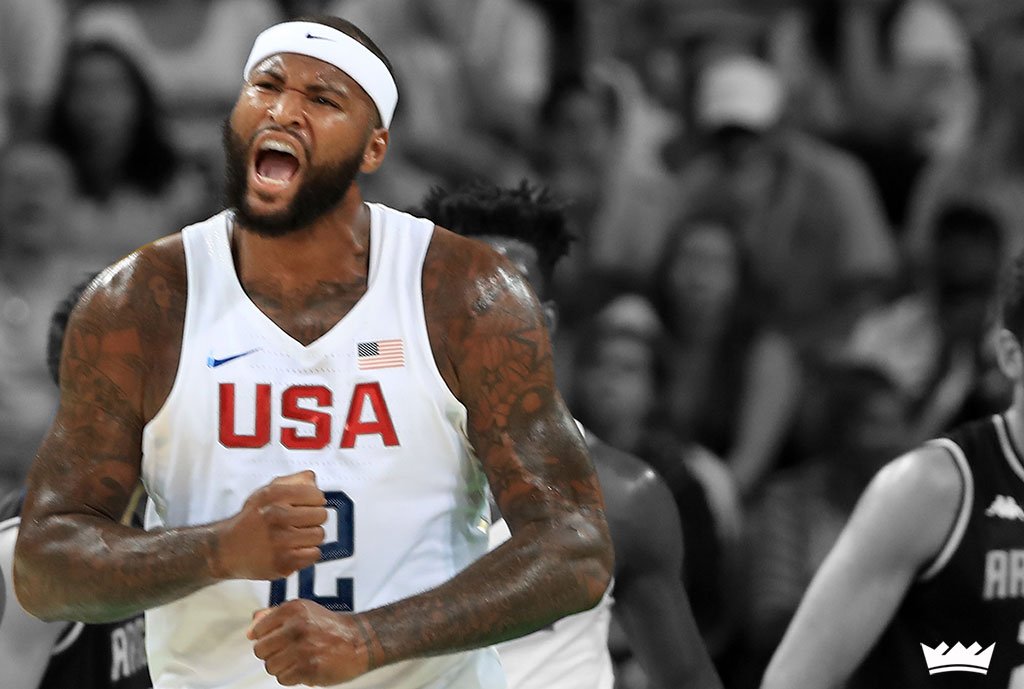 Let’s be honest: it’s Friday afternoon and you don’t really want to work anymore. So, why not watch DeMarcus Cousins and Team USA take on Spain in the Olympic semifinals instead? The game starts at 2:30 p.m. on NBC Sports Network or NBCOlympics.com. In the other semifinal, Australia plays Serbia at 6 p.m. The winner of the two games will square off for the gold medal Sunday at 2:45 p.m.

The US Women’s Team advanced to the gold medal game with a win over France last night. After first mentioning it a week ago, WNBA star Brittney Griner still wants to play DeMarcus Cousins one-on-one. This week, Boogie said that he likes her confidence, but “she’s also a little delusional.”

I don’t even wanna talk about the kinda money I’d put up to watch Demarcus Cousins vs. Brittney Griner. pic.twitter.com/NoPknu9Nsu