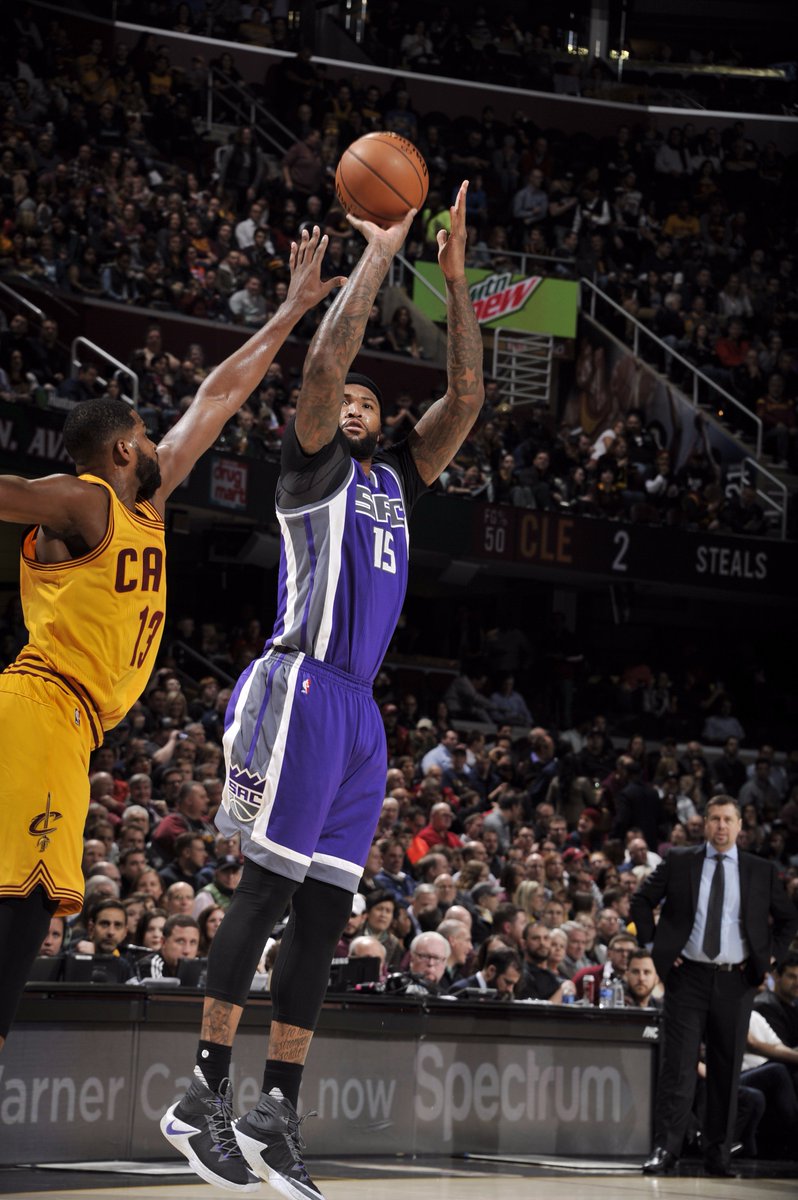 It’s not been a good week for LeBron’s Cavaliers against former Cats.

After falling to the Pelicans behind a career-high 36-point performance from Terrence Jones, the Cavs came up short against Cousins’ Kings.  Boogie scored a game-high 28 points to defeat Cleveland 116-112 in overtime.  Cousins added 11 rebounds and 9 assists, one shy of a triple-double.

Of his nine assists, I think we’ll all agree this one was the best.

That man had a family, Trill. pic.twitter.com/kLnVSuAjCO

Willie Cauley-Stein came close to a double-double, finishing with 8 points and a season-high 10 rebounds.

LeBron tried to will the Cavs to victory, scoring 24 and posting a triple-double.  Instead, he finished by falling flat on his face.