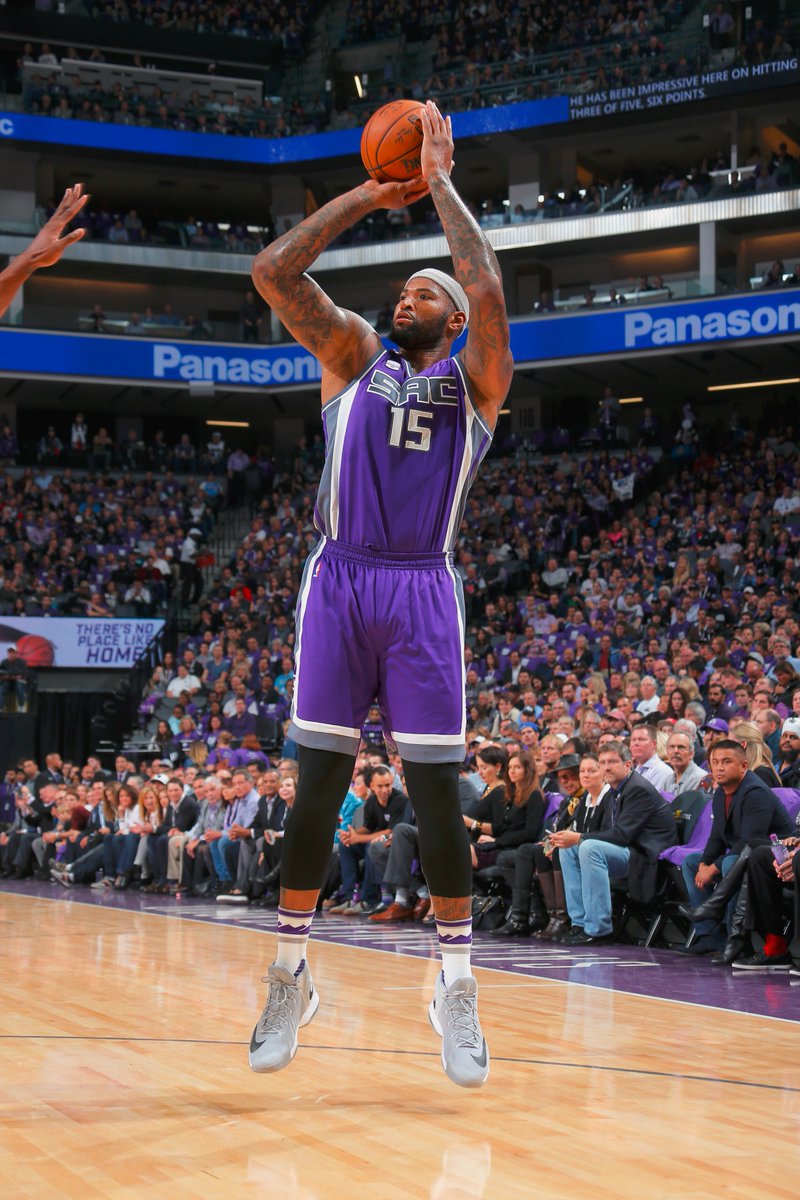 Four Cats were in action last night in the NBA, including DeMarcus Cousins, who had 37 points and 16 rebounds in Sacramento’s loss to San Antonio. That performance is good enough to lead today’s BBNBA Roundup…

Cousins did it all in the opening game at Sacramento’s new Golden 1 Center, even going 3-5 from behind the three-point line.

DeMarcus Cousins with his third 3 pointer of the night. #BBN #Kings pic.twitter.com/H1GAIElPuB

This slam was particularly impressive:

Only three points for Willie, two off this sweet jump hook:

For some reason, Skal Labissiere did not play.

Wall had a double-double with 12 points and 10 assists, but he was NOT happy with Atlanta’s Kent Bazemore after this play:

Don’t worry, Bazemore was hit with a Flagrant 1 for that.

Earlier in the game, he picked Thomas’ pocket:

He also had nine assists, including this sweet pass: