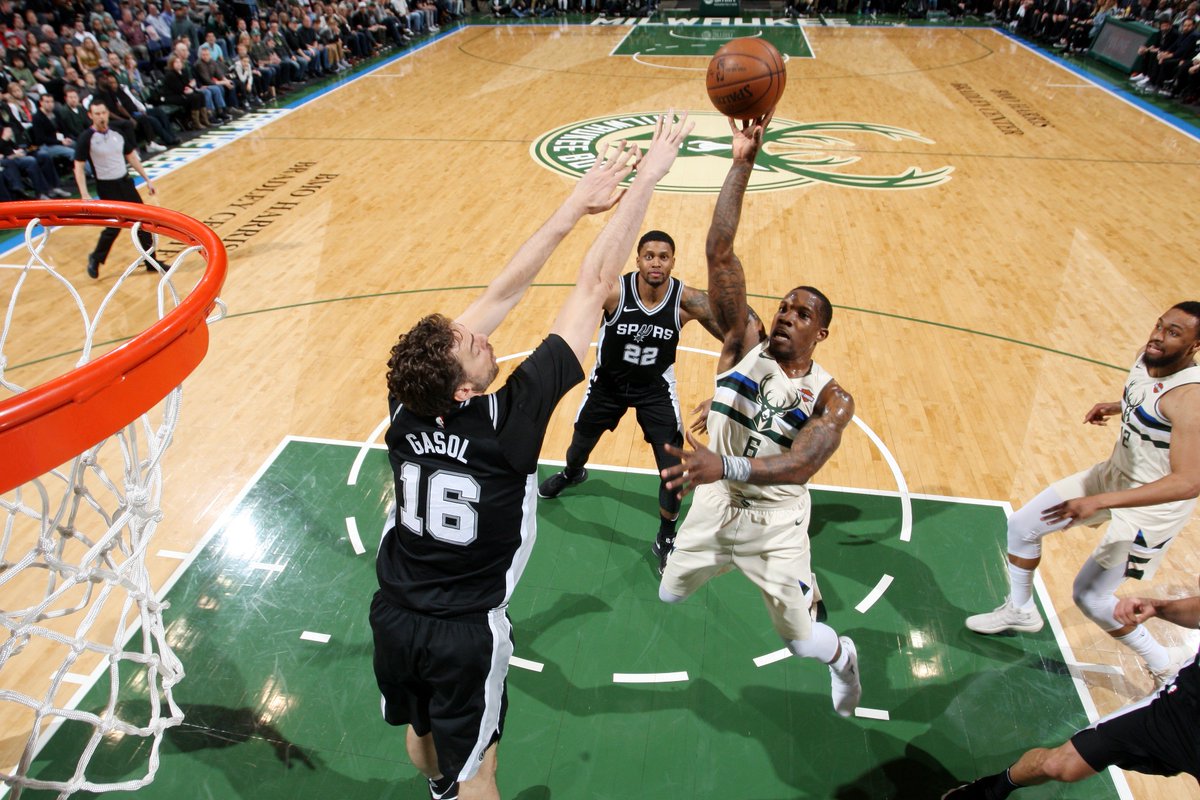 The Los Angeles Lakers had no answer for Eric Bledsoe Friday night.

The former Kentucky point guard made 7-of-12 threes and scored 11 points in overtime to finish with a season-high 39 in a 124-22 victory at the Staples Center.  He also contributed 6 assists and 4 steals to the box score.  Bledsoe’s biggest moment came in overtime when back-to-back buckets all but eliminated the Lakers.

The best of The Bledshow as he dropped a season high 39 points on the Lakers including 11 in OT for the win!!#FearTheDeer pic.twitter.com/OgL98PGagF

Julius Randle’s double-double was not enough to compete with Bledsoe’s 39.  Randle had 18 points, 10 rebounds, 3 assists, a block and a steal in 40 minutes of action.

Before you check out what else happened around the BBNBA Friday night, this Thursday night dunk from Bam Adebayo is worth watching one or two more times.

Meanwhile, John Wall is crushing the competition in his return to action.  We’ll have highlights and more later.