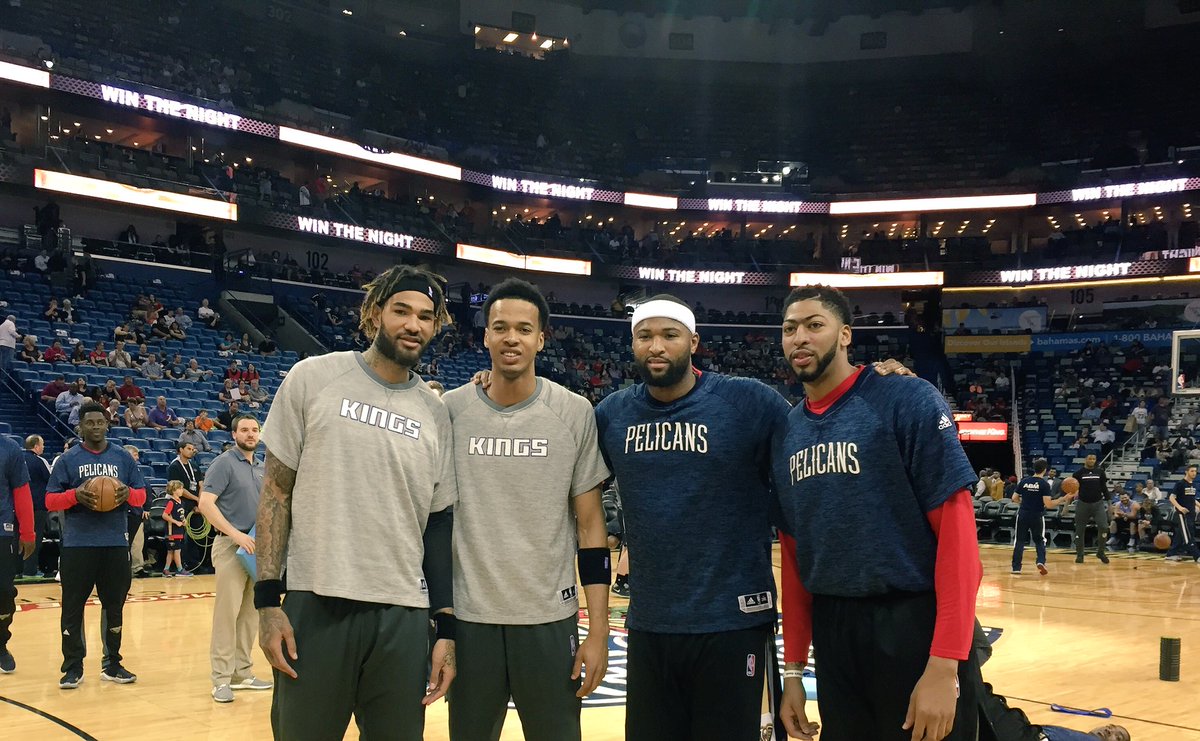 Aaron Afflalo is regretting his decision to go to UCLA, via @PelicansNBA.

In his first game against his former team, DeMarcus Cousins destroyed the Sacramento Kings, leading the Pelicans to a 117-89 victory behind 37 points, 13 rebounds, 4 assists, 3 steals and 2 blocks.  Anthony Davis added 19 points, 12 rebounds and 5 blocks.

Cousins did not want to make the game about himself, but his teammates did.  “Of course it meant a lot,” Davis told reporters after the game. “We just wanted to get him the ball and help him have a great game. We were feeding him early in the game, late in the game.”  It worked.

DeMarcus Cousins leads the @PelicansNBA at home over Sacramento with 37 points, 13 rebounds & 5 made treys! #Pelicans pic.twitter.com/SJuIrUfVdu

Kentucky’s two Kings — Skal Labissiere and Willie Cauley-Stein — both started against Cousins and Davis, but had little luck slowing them down.  Willie was efficient (11 points, 5/8, 14 rebounds) but Skal could not find his shot against the superior Kentucky duo.  Labissiere was 5/16 from the floor to finish with 13 points and 8 rebounds.  Skal still found time to put one in Boogie’s eye.

Smooth Skal from the elbow! pic.twitter.com/puSfhuiICC

WCS with a tip drill.

Trill with the putback ðŸ”¨ pic.twitter.com/JG01jhcUdL

John Wall was not happy with the officials after the Wizards fell to the Jazz by seven.  He was awarded a technical for this Rudy Gobert flop, putting him one away from an automatic suspension.

The refs gave John Wall a technical for this play. #WizJazz pic.twitter.com/gSNhsGxSBA

Showing no remorse, Wall told reporters in the locker room, “The refs made us lose this game.” The quote that will be overlooked from the video below: “I’m bleeding, and the ref tells me it’s not a foul.”

Highlights from the Other Cats

Meanwhile in the D-League, Aaron Harrison is killing it.