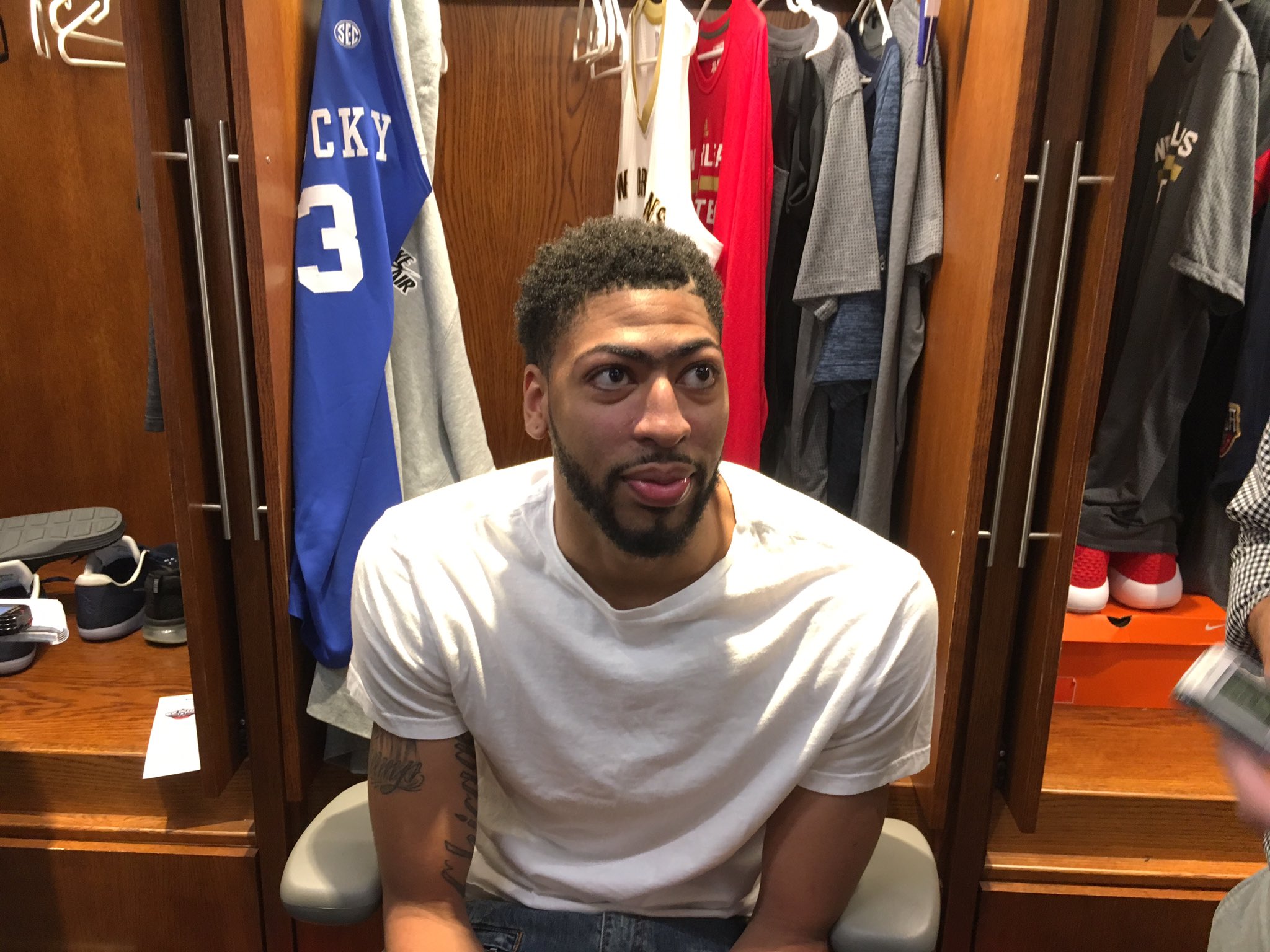 Things have been so crazy around here today we haven’t had time to do your daily BBNBA roundup, but I will share this very cool picture from the New Orleans Pelicans’ Twitter account, which shows Anthony Davis sitting in front of his locker, where his 2012 Kentucky jersey hangs. Davis reportedly wore his Kentucky jersey into the Pelicans’ arena before leading his team past Karl Towns and the Timberwolves, 123-109. Karl had 33 points and 6 rebounds in the game, while Anthony had 28 points and 12 rebounds and DeMarcus Cousins 15 points and 11 rebounds.

Check out full highlights of Karl and Anthony’s duel below:

Hopefully we’ll see more former Cats break out their old jerseys as the week goes on.

6 Comments for Anthony Davis was a proud Wildcat last night