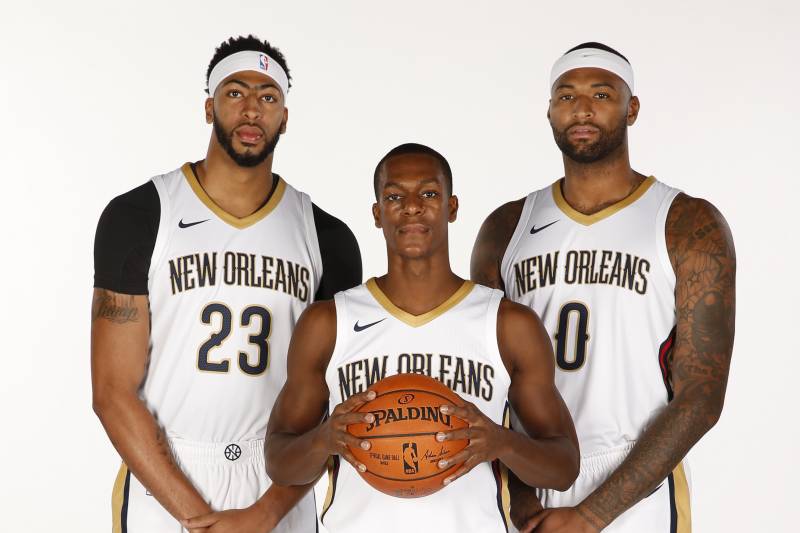 Some Cat on Cat crime had to occur to bring DeMarcus Cousins to LA.

In one of Boogie’s first interviews since he signed a one-year deal with the Los Angeles Lakers, Cousins credited a pair of former Wildcats for convincing him to join the squad.

“AD, Rondo and LeBron all threw in a pitch to get me here,” Cousins said. “I really talked a lot with A and Rondo. They basically kidnapped me and made me come here.”

The tongue-in-cheek remark was exactly that. More importantly, Cousins enjoyed his time with Anthony Davis and Rajon Rondo in New Orleans.

“Those are two great friends of mine. Obviously, we had the chance to be teammates previously before this. We enjoyed our time together as teammates. We’ve always talked about teaming back up and the opportunity presented itself.”

The three former Kentucky stars are close, there’s no denying that. How close? Cousins believes the way New Orleans treated him after his Achilles injury is ultimately the reason why Davis requested a trade.

Watching those three work together with LeBron James next season will be incredibly entertaining, almost as entertaining as Davis and Rondo actually attempting to kidnap Cousins. Even though Davis is a big guy and Rondo can scrap, I would still take Boogie in a 2v1 matchup.