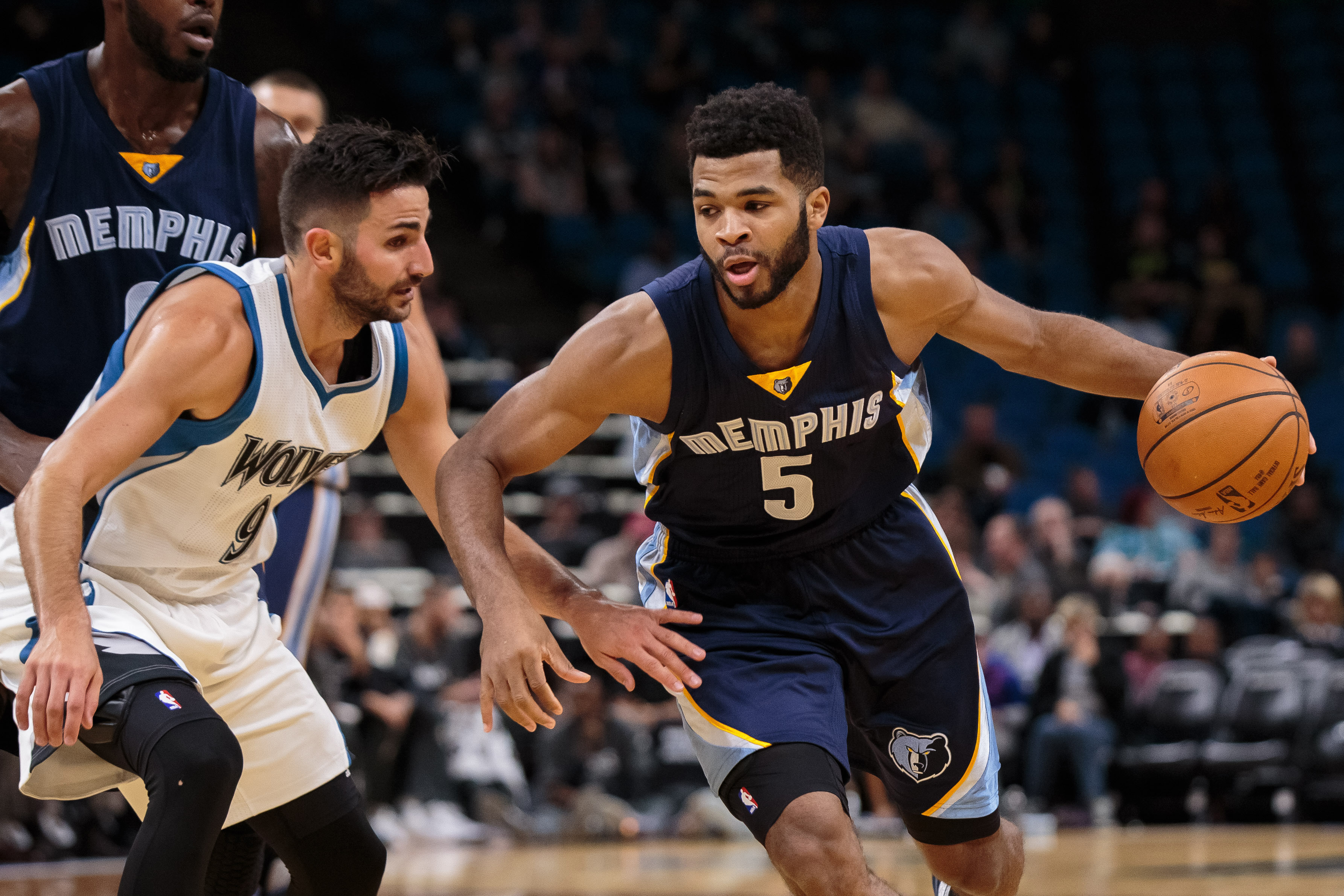 One of the best developments of this young NBA season has been the emergence of Andrew Harrison. Andrew, who spent last year in the D-League, started for the Memphis Grizzlies vs. Minnesota on Wednesday night, a testament to his hard work over the summer and in the preseason. According to Grizzlies coach David Fizdale, Andrew’s carved himself a niche as a defensive stopper, which has earned him a starting spot in place of an injured Tony Allen.

“I know Andrew Harrison’s line doesn’t show it but, man, he really made it tough on (Minnesota’s Zach) LaVine,” Fizdale told The Memphis Commercial Appeal. “He really did and that kid’s a player. LaVine is a heck of a player. It was hard to take Andrew off of him for that reason.”

Andrew finished with 4 points, 4 assists, 3 rebounds, and one steal in the Grizzlies’ win over the Timberwolves, but the most impressive stat to his teammates was his 38 minutes of play.

“I told him 38 minutes… that’s hard,” Grizzlies’ point guard Mike Conley said. “He did his job. He had times when he didn’t do a couple of things probably the way you wanted it to go but he played hard. He earned a lot of trust from a lot of us veterans.”

Allen is expected to be back in the lineup soon, but it’s good to see Andrew get some time in the limelight. His success this week is especially fitting since today is his birthday. Happy birthday, Andrew and Aaron!