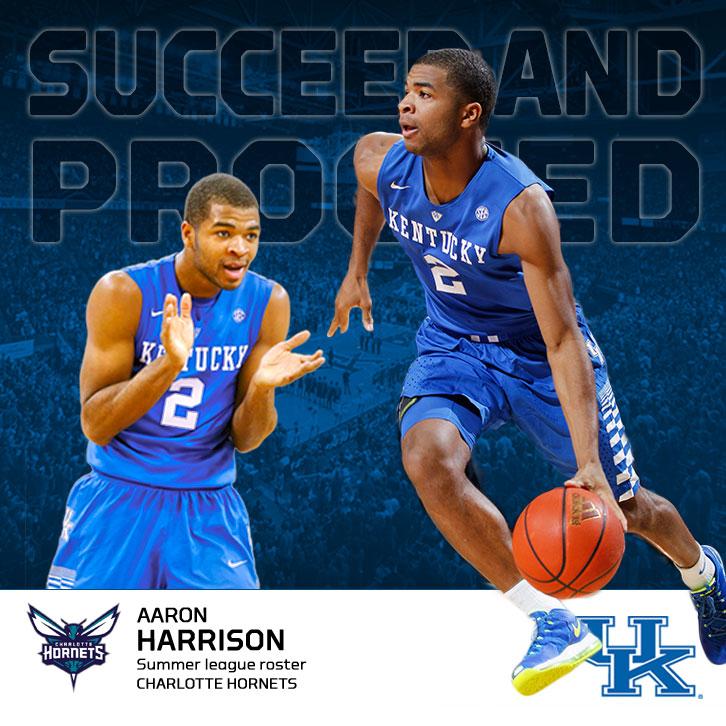 After Aaron Harrison went undrafted, reports leaked out that he would get a shot with the Charlotte Hornets. Today, the Hornets released their Summer League roster and Aaron is officially on it. John Calipari tweeted his congratulations to Aaron with this prediction: “Aaron will do well. He’s a fighter and my guess is he will be on an opening-day roster.”

You got this, Aaron.