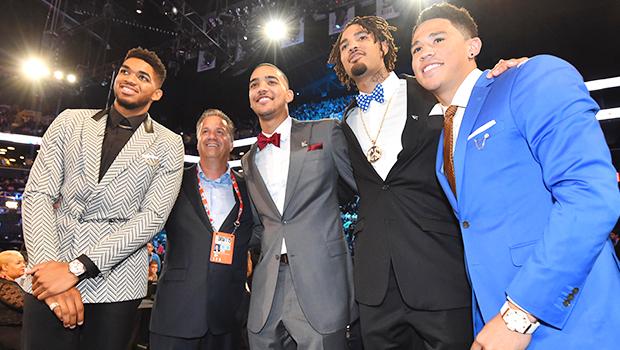 The NBA returns this week which means we are almost to the sweet spot of the venn diagram when every sport that matters is going on at the same time. 22 former Cats will be in action this week on active rosters and many of them have a shot at lifting the Larry O’Brien trophy to end the season. Who are the contenders? Read on to find out:

The Rockets made the 2015 Western conference championship before falling to the Warriors. The core of that team is back for another run at a championship.

The 2015 Thunder missed the playoffs after being destroyed by injury for the majority of the season. Now, Durant, Westbrook, and Enes are all back and healthy. They will be a major roadblock in the West.

AD and the Pelicans grabbed the 8th seed a bit ahead of schedule. Can they make the playoffs again in a loaded Western conference?

Can James Young find his place on the main roster or will the young guard be playing on a new team by next season?
Charlotte Hornets- Michael Kidd-Gilchrist @Miami, October 28

MKG is out the next six months after shoulder surgery. Can the Hornets remain in the hunt until then?

Former Cat Dwayne Casey will try to get the Raptors in the playoffs for the fourth straight season. Unfortunately the road to winning the East will run through Cleveland.

The Wizards have been on the brink of making a playoff run the past two seasons. Is this year finally the year?

And the Suns have been on the brink of just making the playoffs the past two seasons. Will Kentucky West finally get it done?
Sacramento Kings- Rajon Rondo, DeMarcus Cousins, Willie Cauley Stein Vs. LA Clippers, October 28

The Kings were on the playoff track last season before DMC got hurt and they fired their coach. Now, George Karl has a volatile roster and strenuous relationship with his GM. Win or lose, Sacramento should be one of the most entertaining  teams in basketball next season.
Utah Jazz- Trey Lyles @Detroit, October 28

Can they overcome losing Dante Exum for the year? Probably not, but this year’s version of the Jazz should still win a good amount of games.

The Pistons won’t be starting the season 5-23 this year.

These former Cats are going to be in for a long season. Lucky for them that just increases their chances of adding Skal or Jamal Murray to their roster for next season.

Which former Cats will you be watching take the court this week?