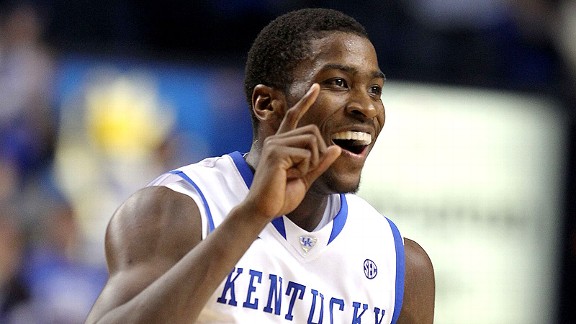 Michael Kidd-Gilchrist could be on the move, according to Chad Forde. In Forde’s “NBA: Tank Rank,” his list of teams eyeing the No. 1 pick in next summer’s draft, the ESPN NBA expert writes:

Charlotte got its first solid win of the season last Monday against Golden State and is on target to reach its goal of making the playoffs. And I don’t think the Bobcats’ aim is going to change.

From what I can gather, all of the Bobcats’ phone calls are about making this team better now. I’m even hearing rumblings that Michael Kidd-Gilchrist will be on the table when he returns from injury.

MKG has missed Charlotte’s last five games with a broken hand and he’ll be out a couple more weeks, so it’s an odd time to try to ship him, when his value is at its lowest. It’s also not the first time his name has been tossed around the NBA trading block.

I’m all for getting him out of Charlotte, though. New Orleans could probably use him. Let’s do that.

16 Comments for MKG on the move?