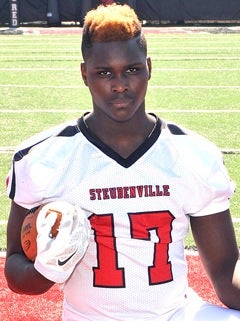 Kentucky picked up a commitment from one of the best tight ends in 2017 today when Charles Reeves Jr. announced he is the newest member of the Wildcats’ class.

Ranked tenth at his position in the Top247, Reeves Jr. becomes the sixth commitment and the fourth from Ohio. He comes from Stuebenville, one of the all-time winningest teams in the country.

He also had offers from Michigan, Purdue and Wisconsin, and heavy interest from Ohio State.