Cincinnati Moeller tight end Brenden Bates has committed to Kentucky.  The four-star 6’5″ tight end is a considered Top 225 player in the junior class by Rivals and 247 Sports.

Recruited by Vince Marrow, Bates chose Kentucky over Cincinnati, Louisville, Duke, West Virginia and Indiana among others.  He is the fifth commit in the class of 2018, the second from the state of Ohio.  The addition of Bates will move Kentucky up to No. 17 class in the 257 Composite Rankings. 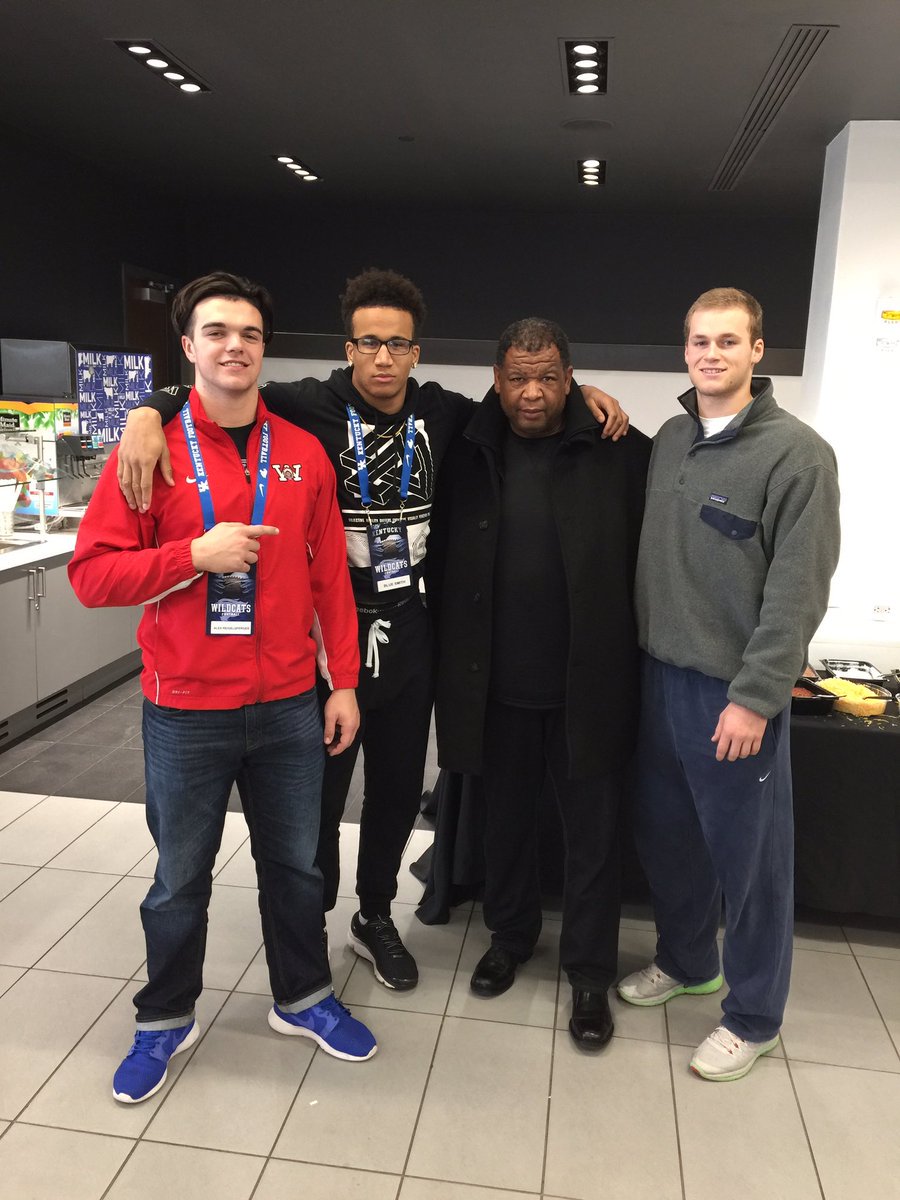 After Reigelsperger committed, he celebrated with Blue Smith, Vince Marrow and @BatesBrenden.

As C.J. Conrad and Greg Hart near the end of their Kentucky careers, tight end is a priority position in the 2018 recruiting class.  It doesn’t get much better than Bates.  The lengthy pass-catcher excels in the slot, bringing the trademark versatility we’ve seen during Conrad’s first two years at Kentucky.  Last year for Moeller, a Cincinnati Catholic school powerhouse, he caught 15 passes for 224 yards (14.9 avg.) and a touchdown.  Watch him do work: