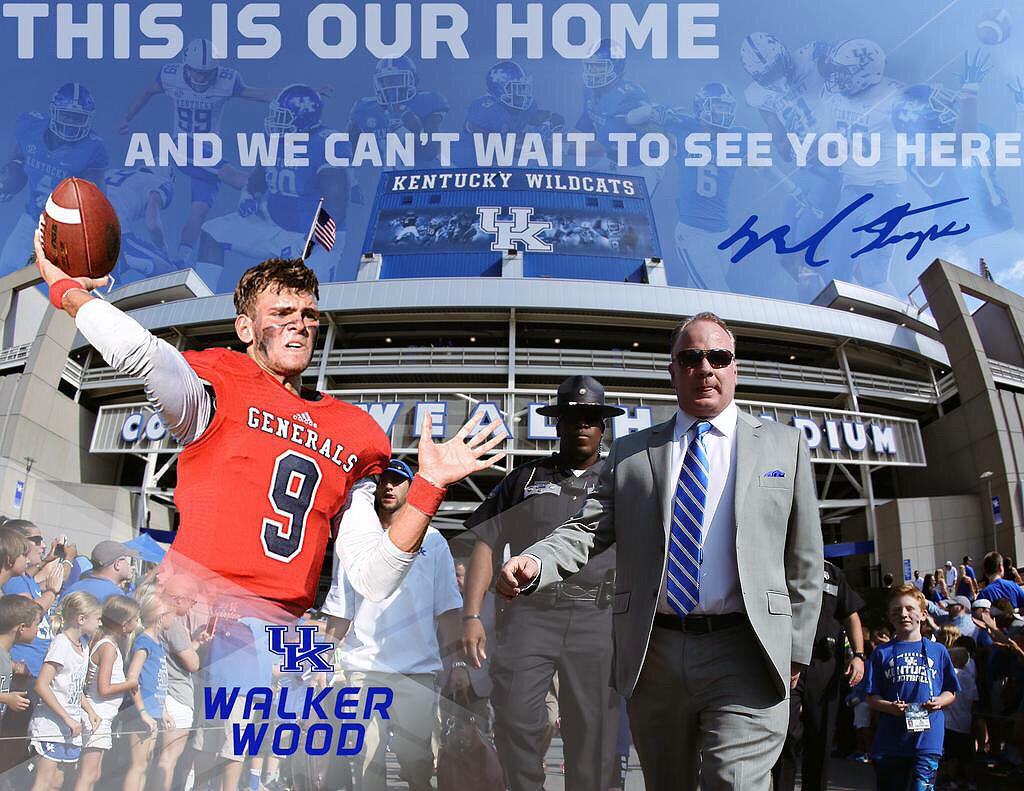 Looks like the scuttlebutt on our pregame show was correct. 2017 Lafayette dual threat quarterback Walker Wood just committed to Kentucky. He sent out this tweet minutes ago:

So happy to say that I've committed to the University of Kentucky! So blessed to have the best people in my lifeðŸ”µâšªï¸ pic.twitter.com/KDoDf8vn2C

Wood is a three-star dual-threat QB who’s teammates with current 2016 UK commit Landon Young and prime 2017 target Jedrick Wills. He picked up an offer from Kentucky on October 8, and many believe where he goes, Wills will go as well. We’re hearing that at Kentucky, he will play a position other than quarterback.

Kudos to the caller who gave us the scoop on the pregame show this morning and Ryan Lemond for checking with his sources.

Nothing like a little Yahtzee to get a big night rolling.