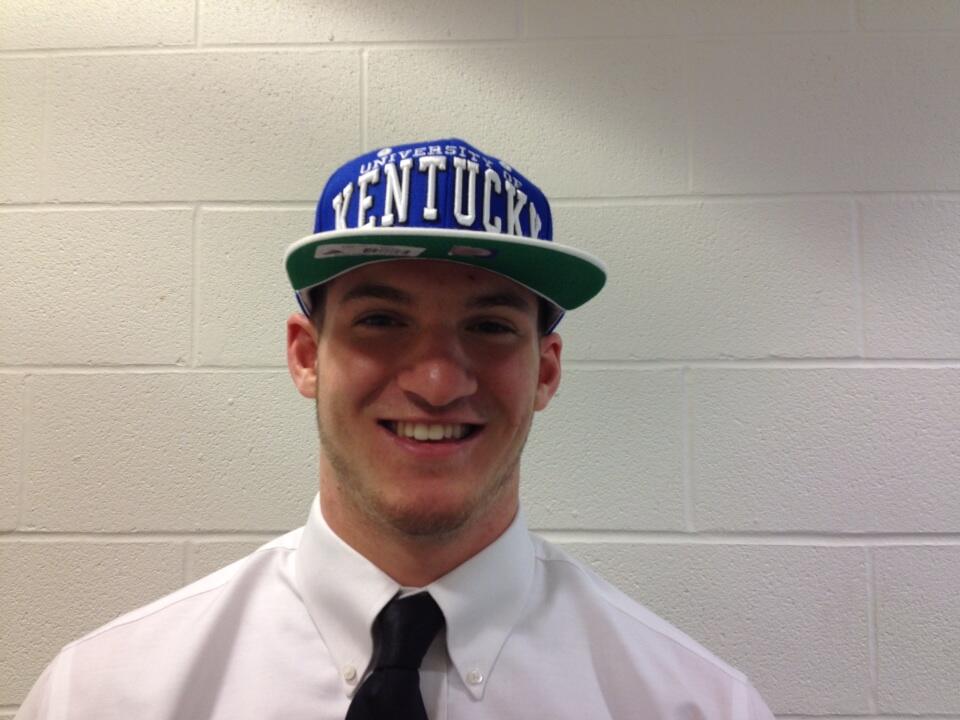 Kentucky added its second football commitment in two days this afternoon when four-star tight end C.J. Conrad picked the Cats over Indiana and several other schools.

Conrad named UK his leader after a February 22nd visit and returned to campus for another peek in April. Today he made it official (verbally) by pledging his commitment to Mark Stoops and the Wildcats with a new hat.