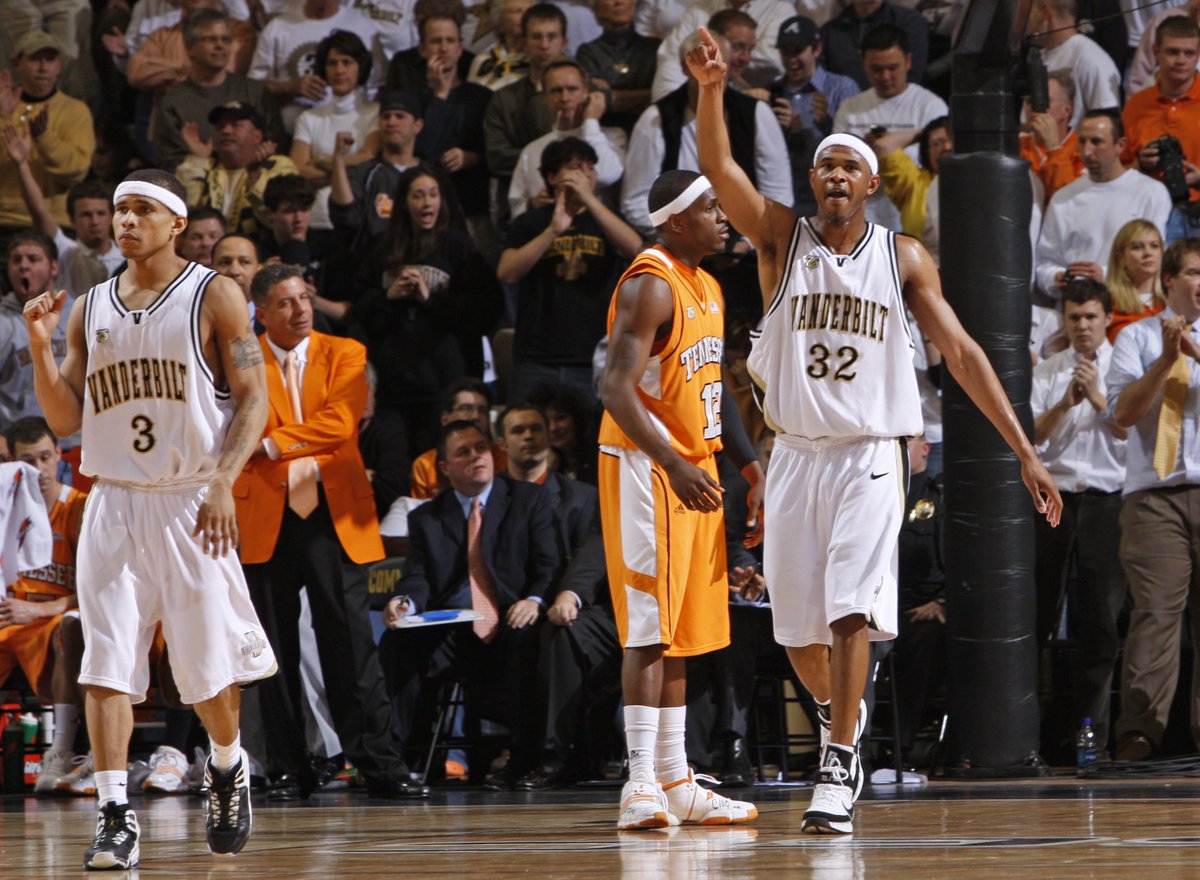 Tennessee is the No. 1 team in college basketball for only the second time in the program’s history. The last time Tennessee held the top spot in the polls, almost 11 years ago, it lost at Vanderbilt in its very next game.

Tennessee will play at Vanderbilt tonight. Will history repeat itself?

This year’s Vanderbilt isn’t nearly as strong as the Vanderbilt that spoiled Tennessee’s top-ranked fun back in February of 2008, less than 48 hours into the new poll. That Vanderbilt had only four losses, was ranked 14th in the country, and included a senior Shan Foster averaging over 20 points per game, plus seniors Ross Neltner and Alex Gordon, and a young AJ Ogilvy and Jermaine Beal. Foster dropped a game-high 32 points on the Vols that night, finishing 9-of-13 from the field and 6-of-9 from outside. It was considered an upset, but not a big one by any means.

Tonight, however, Vanderbilt is a double-digit underdog on its home floor with its star player out for the whole season. It’s unlikely Tennessee will fall to 0-2 all-time as No. 1 overall, but wouldn’t it be nice for Kentucky’s SEC hopes (and maybe its tournament seeding) if it happened?

If Tennessee does get its first ever win as the top team, the Vols will need to hold off West Virginia at home on Saturday to keep the spot for another week. Then with a very manageable five-game SEC slate after that, maybe we see a No. 1 Tennessee in Rupp Arena on Saturday, February 16.

You can watch Tennessee-Vandy tonight at 7 pm on ESPN2.

9 Comments for Will Vanderbilt spoil Tennessee’s No. 1 ranking again?