According to the NCAA, lacrosse is the leading sport in smoking weed in college athletics with 46 percent of its players reporting marijuana usage. Coming in at second is swimming, followed by soccer, wrestling, baseball and football. Then there is golf and tennis before getting to basketball, while track comes in at dead last.

Roughly 21,000 student-athletes were surveyed regarding their substance use habits and I’m sure all of them were completely honest in their answers. See the results below in a fancy little graph: 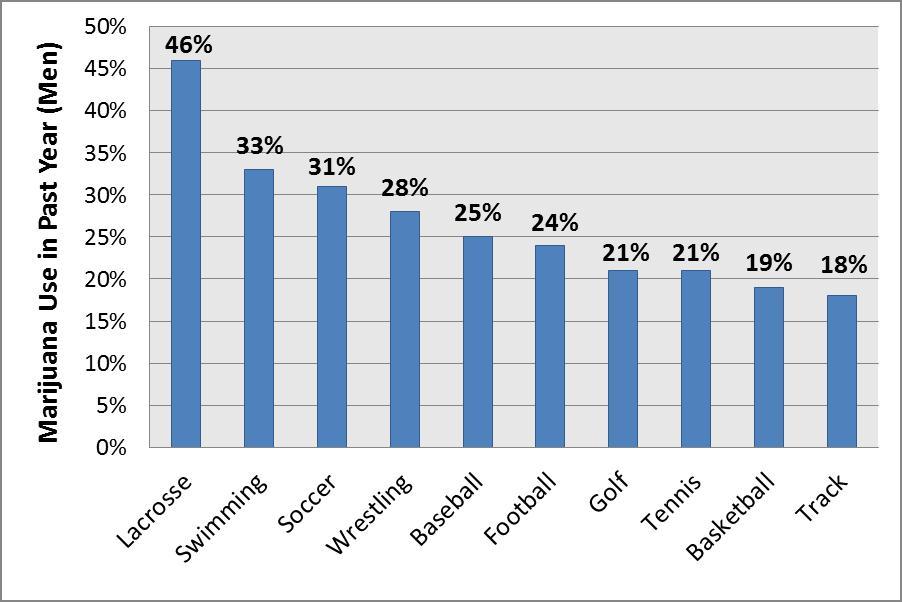 And here’s the drinking habits compared to the smoking. Half of student-athletes drink both in- and out-of-season, says the NCAA. 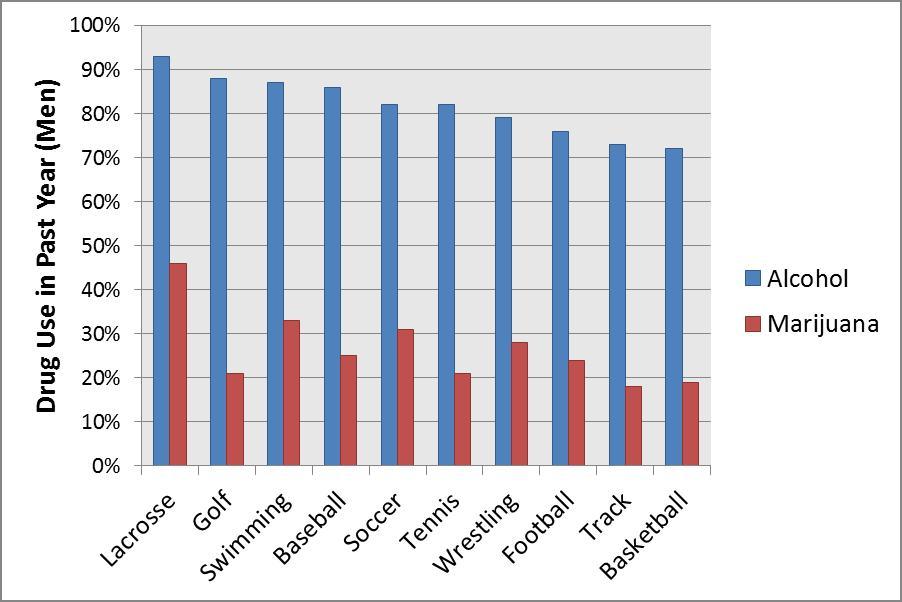 29 Comments for Which NCAA men’s sport reports the most marijuana use?