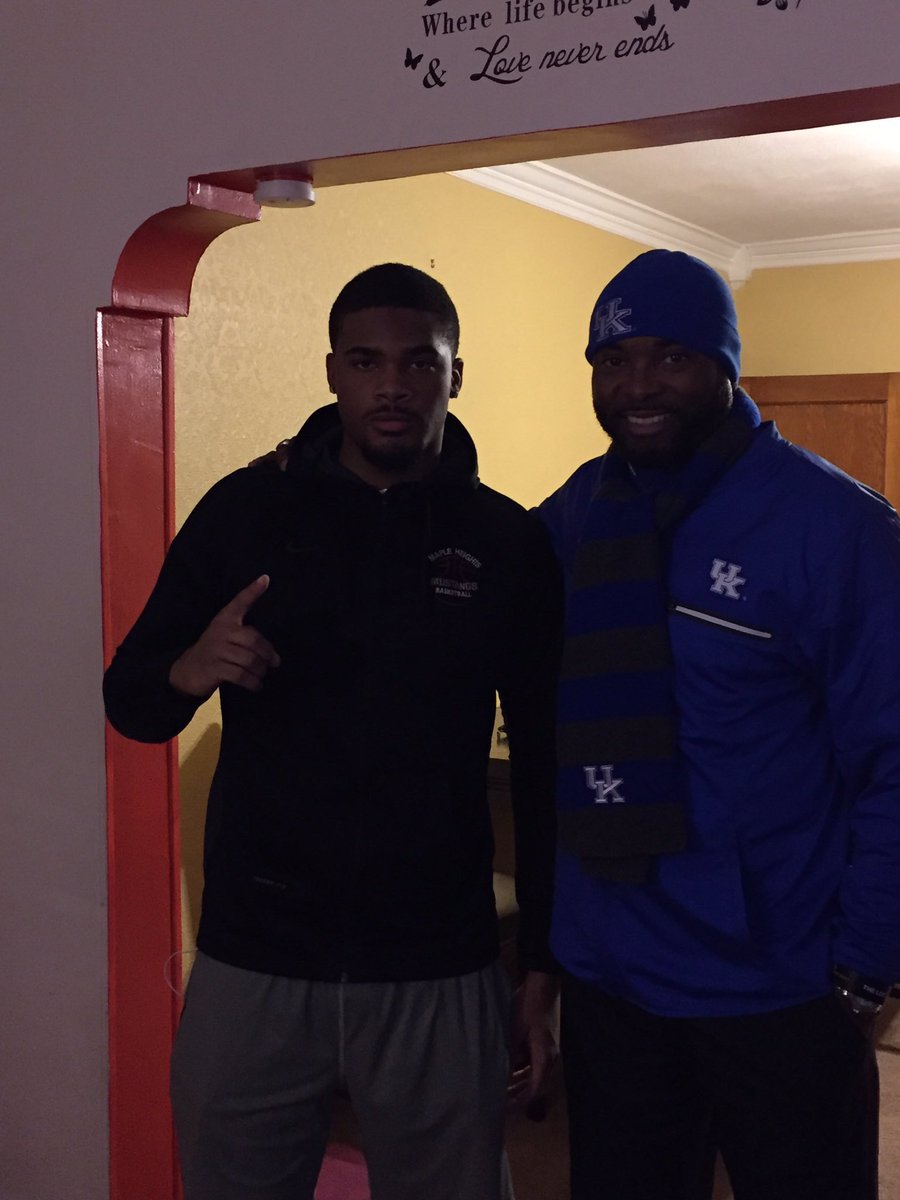 Mark Stoops said earlier today, “recruiting is going exceptionally well.”  Since he can’t get into specifics, I thought it’d be appropriate to take a deep dive into the specifics.

After hosting about 15 players on campus last weekend for official visits, Stoops picked up a pair of commitments — Maryland offensive tackle Naasir Watkins and Florida defensive end Christopher Whittaker.  The two additions give Stoops 16 commits in the 2017 class.  It’s ranked no. 33 overall, no. 11 in the SEC.  The class in its entirety:

Players lost next season by position:

Far from finished, Stoops expects to land “more than 20” in the class, leaving room for 6-8 more commitments.  Here are a few of the guys they’re pursuing to sign on the first Wednesday of February.

Lonnie Johnson — The JUCO defensive back officially visited last weekend.  He’ll take an official visit this weekend to Georgia before announcing his decision on Tuesday.

Joshua Paschal — Teammates with Watkins at Good Counsel High School, the four-star defensive end is “low key” about where he stands in the recruiting process, but what once seemed improbable continues to look better and better for Kentucky.

Isaiah Epps — This receiver from Oklahoma just received an offer from UK earlier this week.  Standing tall at 6’3, the Cats are his first major offer.  He could be on commit watch when he visits this weekend.

Brian Cole — The former Michigan safety once appeared to be a lock for Kentucky. He opted to go the JUCO route, spending this year at East Mississippi C.C.  Kentucky is still an option for Cole.  He will visit Lexington this weekend.

I got so caught up looking for new names I forgot two of the biggest names that have been around for months: Ohio wide receiver Danny Davis and Ohio offensive tackle Thayer Mumford.  The Cats have put themselves in a great position.  All they can do is continue to do what they’ve been doing, and wait.

3 Comments for Where Kentucky Stands in Football Recruiting