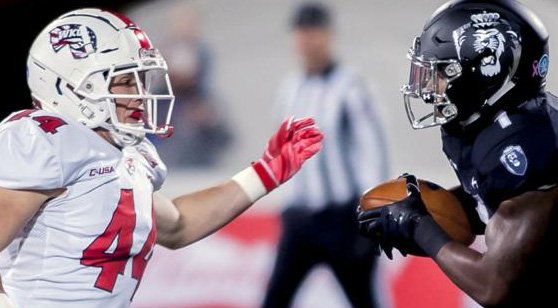 While former head coach Jeff Brohm throttled No. 2 Ohio State, the 1-5 Tops were searching for their first C-USA win against 1-5 Old Dominion (yes, ODU’s only win before Saturday was against Virginia Tech).  A WKU win was all but assured when Western Kentucky scored a go-ahead touchdown with 1:37 to play.  After that, chaos took control of the college football game.

OK, FINE. Here's the full breakdown of how ODU beat WKU in the weirdest of circumstances pic.twitter.com/SKkzjaYJqp

Just like the Louisville basketball loss to Virginia, everything that had to go wrong to give ODU a chance to win in regulation went wrong.

A comedy of errors prevented Western Kentucky from beating Old Dominion, but they still almost beat Louisville at Cardinal Stadium.  People forget that.