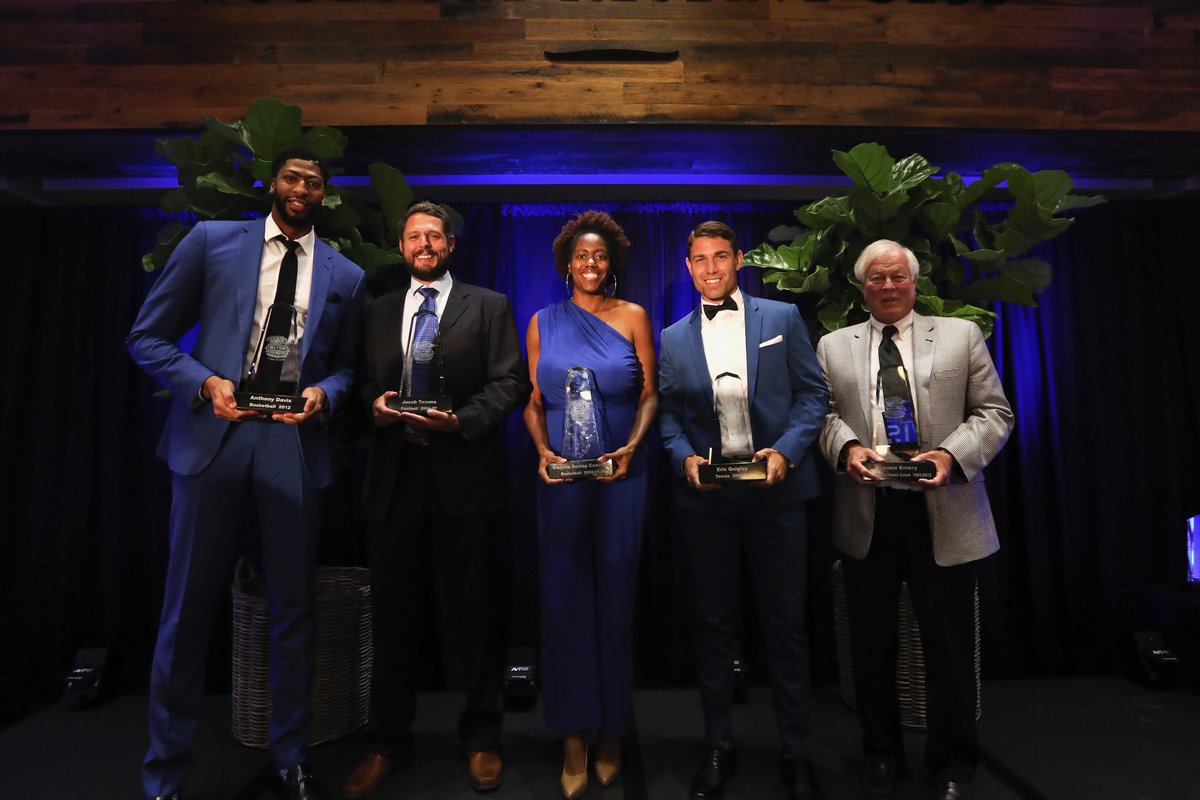 The UK Athletics Hall of Fame added six legends last night in a ceremony at Kroger Field’s Woodford Reserve Club.  The class will be introduced to the Big Blue Nation at halftime of tonight’s game.  Before you break out in applause, see how each accepted the honor.

Jacob Tamme was emotional.  The Danville native turned All-SEC tight end shared memories from his childhood as he dreamed of one day becoming a Wildcat.  Now he’s achieved a Wildcat’s highest honor.

“I mean this from the bottom of my heart.  I had an NFL career, and I had a lot of success on different teams and I played my role to the fullest at each of them.  I’m not going into Canton, and that’s okay.  But even if I was, I don’t know that it would be any better to me than this right here.”

“Story time with Jacob Tamme” should be a regular feature at KSR.  From his catch over Eric Berry to how he met Peyton Manning, you’ll be hard-pressed to find more entertaining UK football stories.

John Calipari introduced Anthony Davis.  Before he started story time, Cal had to break out this one-liner: “Anthony Davis is special, and not only because of his one eyebrow.”

Even though he was only in Lexington for one year, Davis was grateful for his time at Kentucky.  “The lessons I learned from walking these hallowed halls, permeate my every being and gave me a sense of pride that I draw upon to this day.”

Women’s head basketball coach Matthew Mitchell introduced one of the best to ever play for UK, Victoria Dunlap.