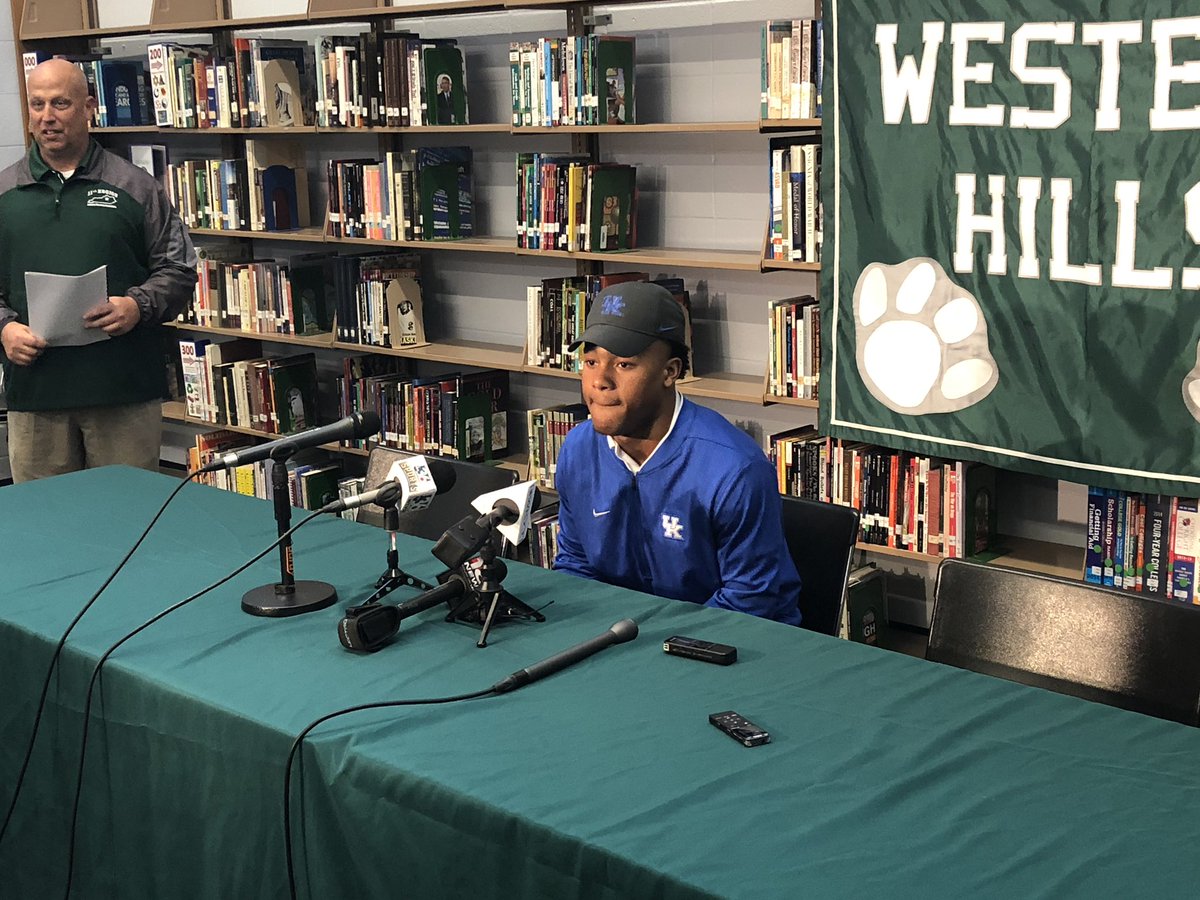 Wandale Robinson has picked up his first postseason honor.

The Louisville Quarterback Club has selected Robinson as the 2018 Paul Hornung Award Winner.  Given to the top prep player in the state, Robinson is the tenth Kentucky Wildcat to win the award in its 26-year history.

“It definitely means a lot to win this award,” Robinson told Larry Vaught. “I know the history about the award and how the Louisville Quarterback Club gives it to a guy in state in honor of Mr. Hornung, who was a great player.”

It’s the first of many postseason honors coming Robinson’s way.  After accumulating 3,112 all-purpose yards and 47 total touchdowns in 11 games, first team all-state honors and a Mr. Football selection are imminent.

Before Robinson enrolls at UK this spring, he’ll play his final prep football game in San Antonio at the All-American Bowl on January 5.