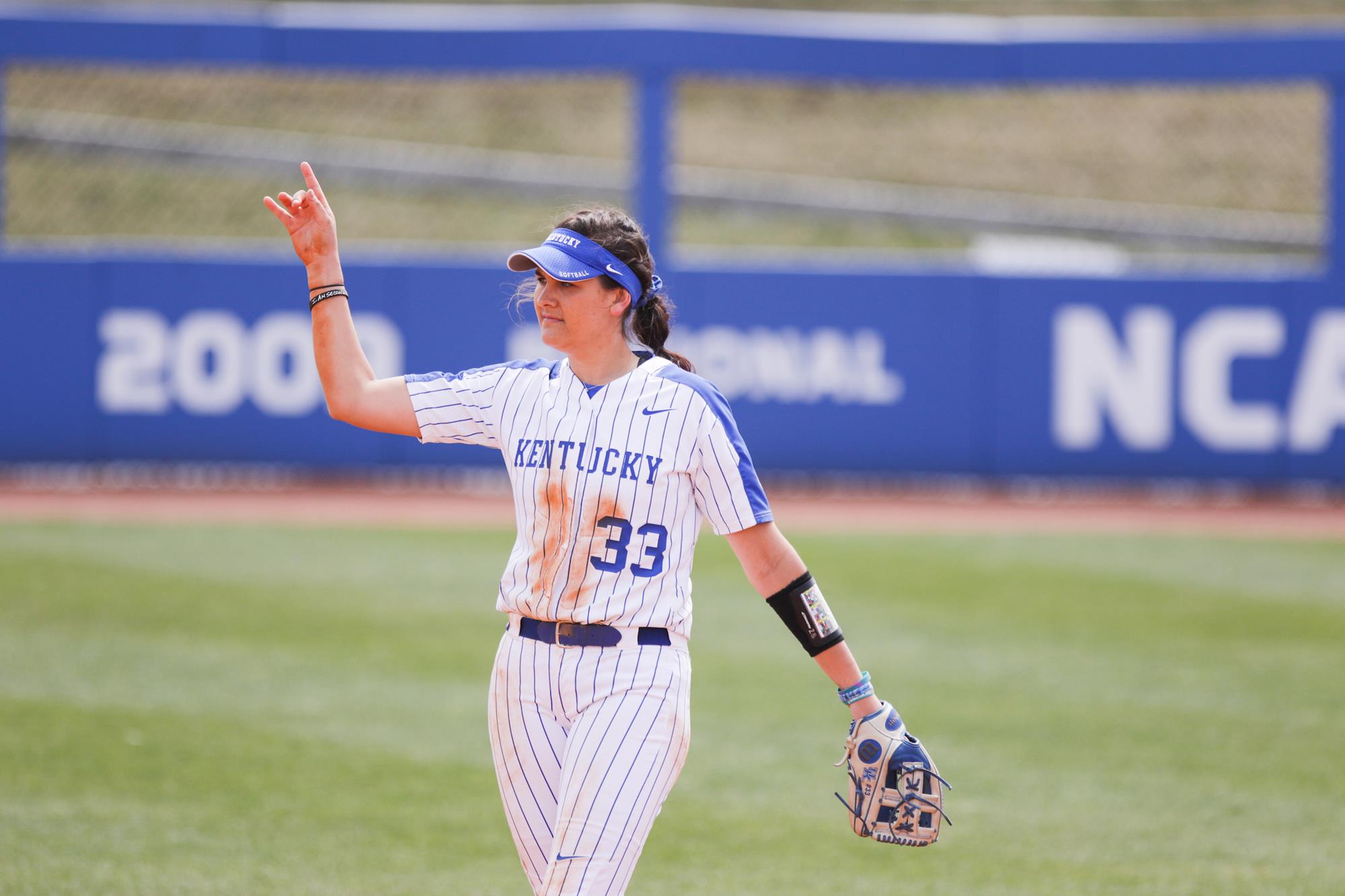 For the third straight year, Kentucky softball has once again swept their region in the NCAA tournament, as they beat Virginia Tech 11-1 Sunday afternoon. The Cats were led by Alex Martens with five RBIs.

In two games in two days, Kentucky has dominated ACC pitcher of the year Carrie Ebeler, putting up 16 runs against her, eight of them coming today. The offensive explosion started when senior catcher Jenny Schaper took Ebeler deep to center field in the top of the third.

Alex Martens followed up Schaper with a two-run double that scored Abbey Cheek and Katie Reed to give Kentucky a 3-0 lead after three.

In the fifth, The Cats busted the game wide open with a two-out, five-run rally that started with a bases-loaded single from Lauren Johnson. That allowed Cheek and Reed to score, while Kayla Kowalik moved up to third.

Alex Martens put the cherry on top of the victory with a three-run home run to put Kentucky up by ten in the sixth, which is enough for a run-rule as Kentucky beats Virginia Tech 11-1 in six innings. UK now advances to play Washington in the Super Regional in Washington.

Not only did Martens have a career day at the plate (going 3-4 with five RBIs), but she is now the season-single record holder for most RBI in a single season at UK, with 66 RBIs this season and counting.